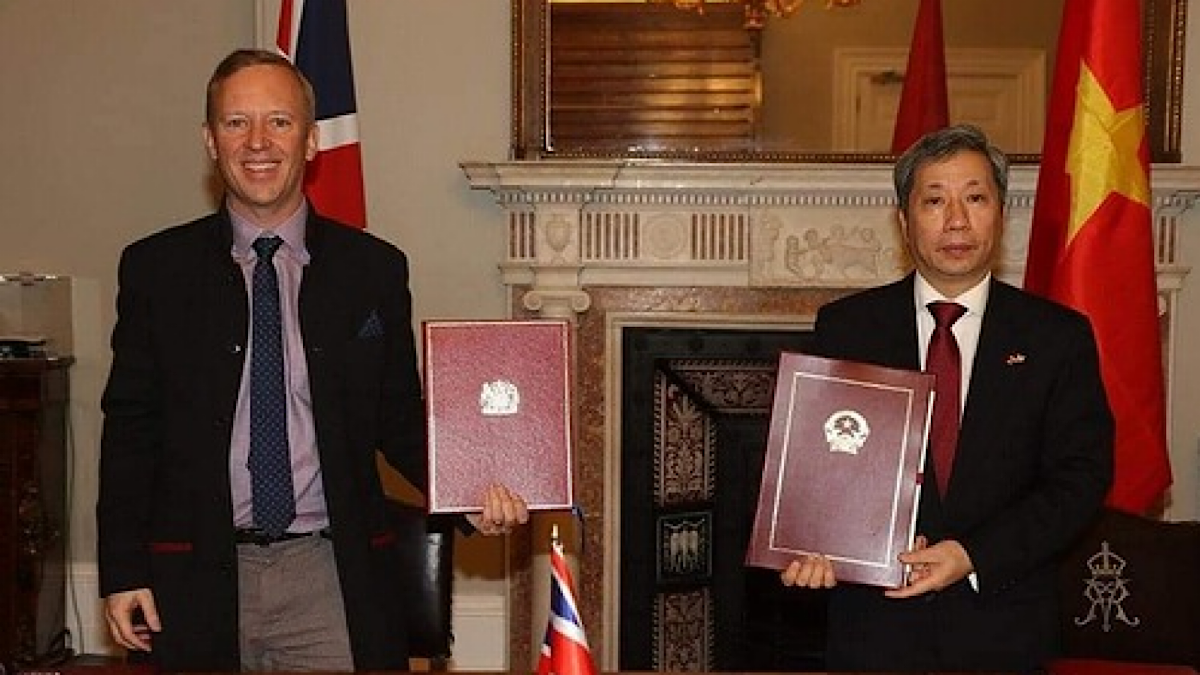 Vietnam and the UK signed a bilateral free trade pact on Tuesday, Dec. 29, VnExpress has reported. The two countries made the deal to maintain their bilateral relationship, with the Brexit trasition period ending on Dec. 31 2020. The Vietnam – UK Free Trade Agreement (UKVFTA) will take effect from 11 p.m. on the same day.

The Vietnamese government representatives and the Minister of Industry were not present to sign the deal due to Covid-19, so the two governments authorized ambassadors to sign the deal. British Ambassador Gareth Ward sent out a tweet about the deal shortly after signing it.

The UK offers many advantages to Vietnam in the agreement, such as the policies on import tax that will benefit various industries, including seafood, rice, textiles, wood, vegetables and footwear. Eventually 99% of import duties will be eliminated for both parties.

Furthermore, Vietnam will have more opportunities under the UKFTA. Notable fields include cooperation, investment, technology transfer and tourism once Covid-19 is contained.

The Ministry of Industry and Trade claimed that Vietnam would now be in a stronger position when compared to stronger competitors such as China, India, Thailand, Malaysia and Indonesia, which are unlikely to conclude an agreement with the UK for many years to come.

The UK is Vietnam’s third largest trading partner, after Germany and the Netherlands.

Man jailed for 12 years for smuggling rhino horn into Vietnam