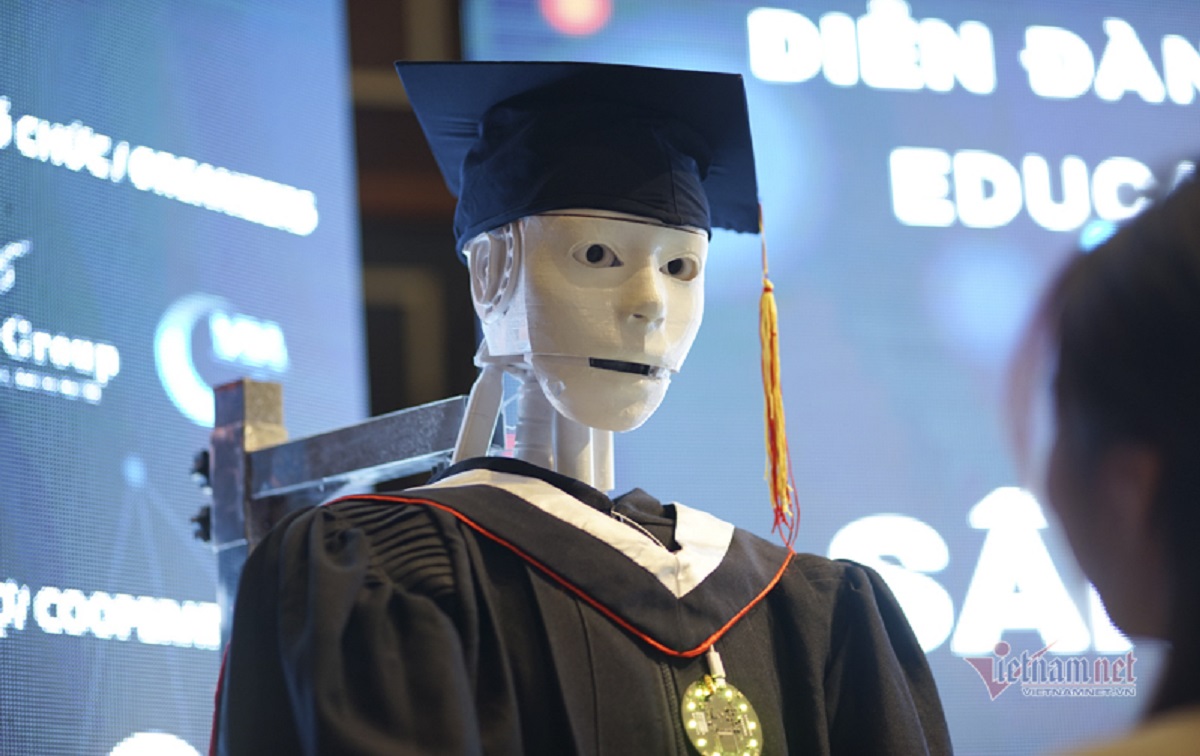 Vietnam unveiled its first robot citizen, at the Education Summit and School Exhibition 4.0 in Hanoi Nov. 21, Vietnamnet has reported. The robot named “Tri Nhan” will be utilized in education.

Tri Nhan is an adult-sized ‘male’ robot created by Vietnamese start-up Open Classroom Team after a year of research. This 3D-printed robot has five senses and simulates biological elements such as artificial heart and lung, as well as a DNA sequence.

The robot developed was developed with AI technology, and has the ability to recognize and synthesize voices to speak human language and process natural conversation. Currently, Tri Nhan’s main application is to serve educational purposes such as answering questions from students and teachers

In 2017, a robot named Sophia made history, as it became the first to be granted full Saudi Arabian citizenship.

Related Topics:AIFeaturedRobotsSmart Technologytechnology
Up Next