Man jailed for 12 years for smuggling rhino horn into Vietnam 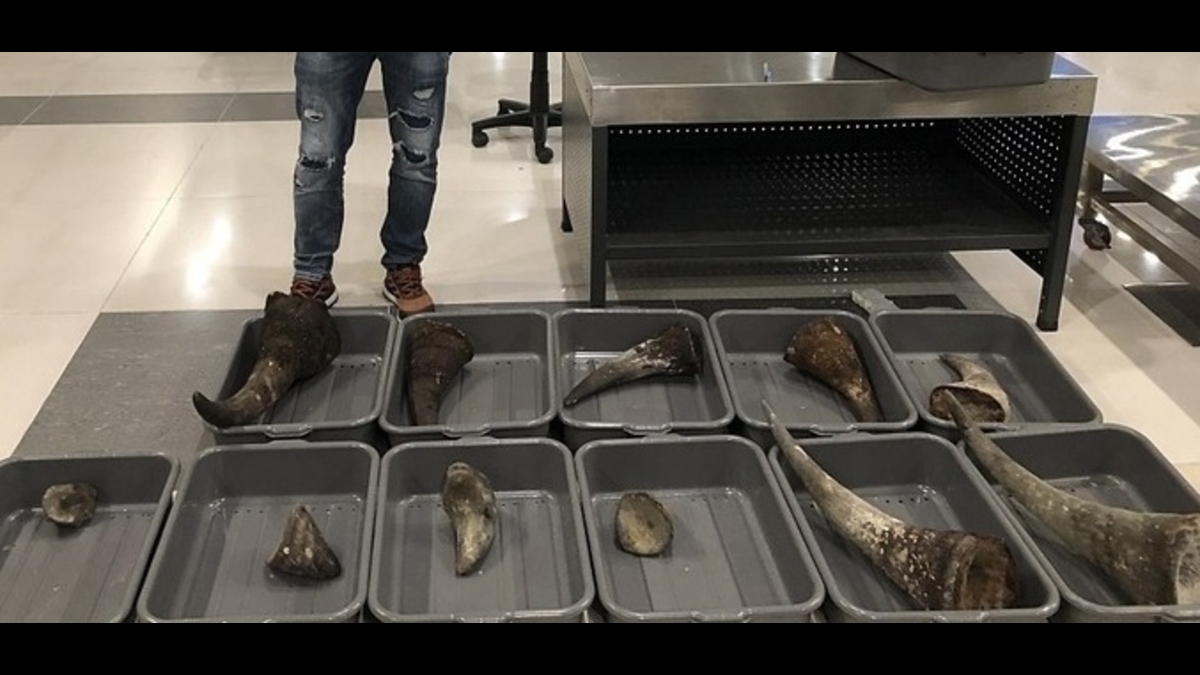 A Vietnamese man was sentenced to 12.5 years in jail by a Can Tho court Tuesday for smuggling over 28 kg of white rhino horns from Mozambique, according to Vn Express.

Do Thanh Son, 38, was found guilty of “violating regulations on the management and protection of endangered, precious and rare animals.”

Son had initially traveled to Mozambique to work for a restaurant, however in February 2020 he accepted a proposal by his employer to cover his travel expenses and pay him 1,000 U.S. dollars to transport white rhino horns from Mozambique to Vietnam, according to the court.

Son left Mozambique for Ho Chi Minh City on Feb. 29 and was was informed his flight was being diverted to Can Tho International Airport as he was transiting through South Korea. The diversion was to prevent a Covid-19 quarantine overload.

On learning the destination was was being changed Son, messaged staff at the restaurant where he worked in Mozambique before removing all information on his cell phone and deleting his social media networks.

Can Tho customs officials asked Son to open his luggage for inspection on March 2, but he refused and said they contained koi fish that would die if the luggage was opened.

However when officials checked they found 11 white rhino horns weighing over 28 kg. After quarantining for 14 days, he was arrested on March 16.

Sale and purchase of rhino horns is strictly prohibited in Vietnam.

However, there is large demand for it in use as traditional medicine where it is wrongly believed it can treat a variety of ailments, including cancer. Many in Vietnam even consider it a status symbol.