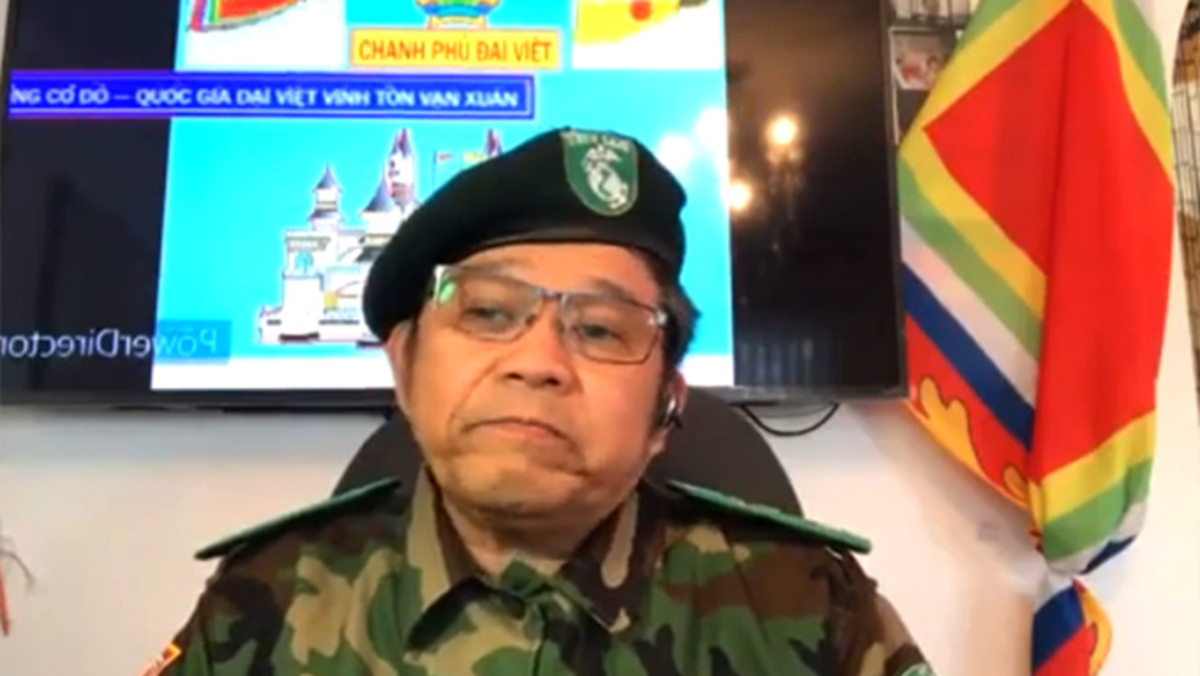 A group named “Viet Dynasty” (Trieu Dai Viet) has been classified as a terrorist organization by the Vietnamese government. The group’s incendiary motto “Burn all, Kill all, Destroy all, Pillage all” has set the theme for their violent approach, which includes attacking police stations and government officials’ residences, according to VN Express.

The leadership of the Canada-based organization is made up of five members of the Vietnamese diaspora: Hung Ngo, 69, (pictured) self-proclaimed “Prime minister of Viet Dynasty,” Dinh Tran, 63, the “deputy prime minister,” Cuong Ngo, 59, “director of the general department of special forces,” and Huynh Thanh Hoang, 44,”spokesman for the government.”

While the headquarters is set in Canada, the group has sent thousands of dollars to Vietnam and delegated tasks among members to purchase weapons, manufacture bombs, mines, make flags, print propaganda posters and spread reactionary slogans.

They were also directed to protest and incite the mob to rob the authorities, planning terrorist attacks on headquarters of State agencies, armed units and public places. Their goal was the eventual overthrow of the current Vietnamese government, the report said.

Last September, 20 members were put on trial, receiving sentences ranging from two to 24 years in prison. Hung Ngo was placed on an international arrest list.

In 2016, “Viet Tân,” or The Reform Revolutionary Party of Vietnam was also classified as a terrorist organization.