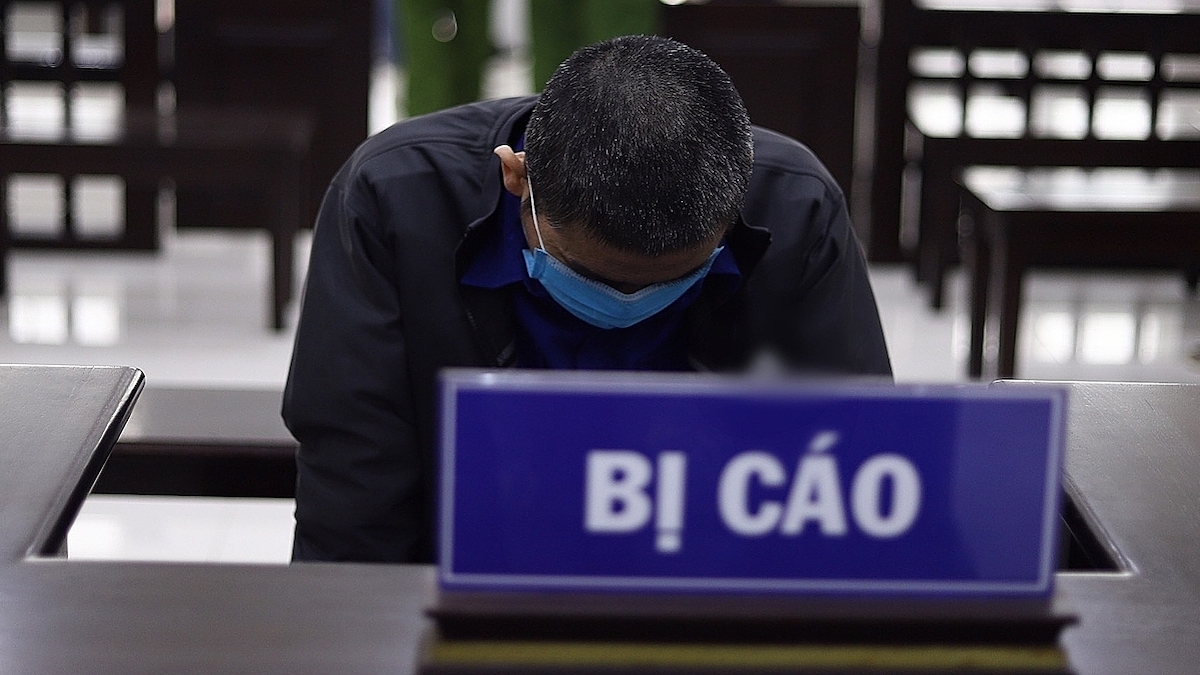 A man was sentenced to life by a Hanoi court Tuesday morning for killing his wife in a jealous rage, VN Express has reported.

Dang Hung Manh, 40, stabbed his wife to death with a chisel after becoming suspicious that she was having an extra-marital affair, and believing the youngest of his five children was not actually his, according to the Hanoi’s People’s Court.

After preparing breakfast for the family, Nga took her bike to the gate of the family home when the partially paralyzed Manh ran at her on his crutches. He then proceeded to stab her with a chisel eight times, including a fatal blow to the left side of her chest.

Manh then started screaming for help, ran to the back to the family home to find another chisel with which to commit suicide, but was restrained by neighbors who immediately took him to the police.

While being interrogated, Manh immediately confessed and nodded his head to apologize to his children and both sides of his family. He said the night before the murder he had been swapping shifts with his wife to attend to their pigs that were giving birth at the time. When outside and half asleep, he had hallucinated and thought he saw a man lurking in the house, which sent him into a wild rage.

In 2000, Manh fell from a tree, injuring his spine and paralyzing his legs. He married Nga, who works in a brick factory, in 2003. They have five children, but Manh’s disability limited his options for work and he practiced carpentry part-time to earn extra money for the family.

In court, Nga’s sister demanded serious sentencing, saying “All her life she took care of her parents, husband and children. What did my sister do wrong?”

In response Manh replied, “I hope the court will be lenient, and let me go home soon to take care of my five children.”