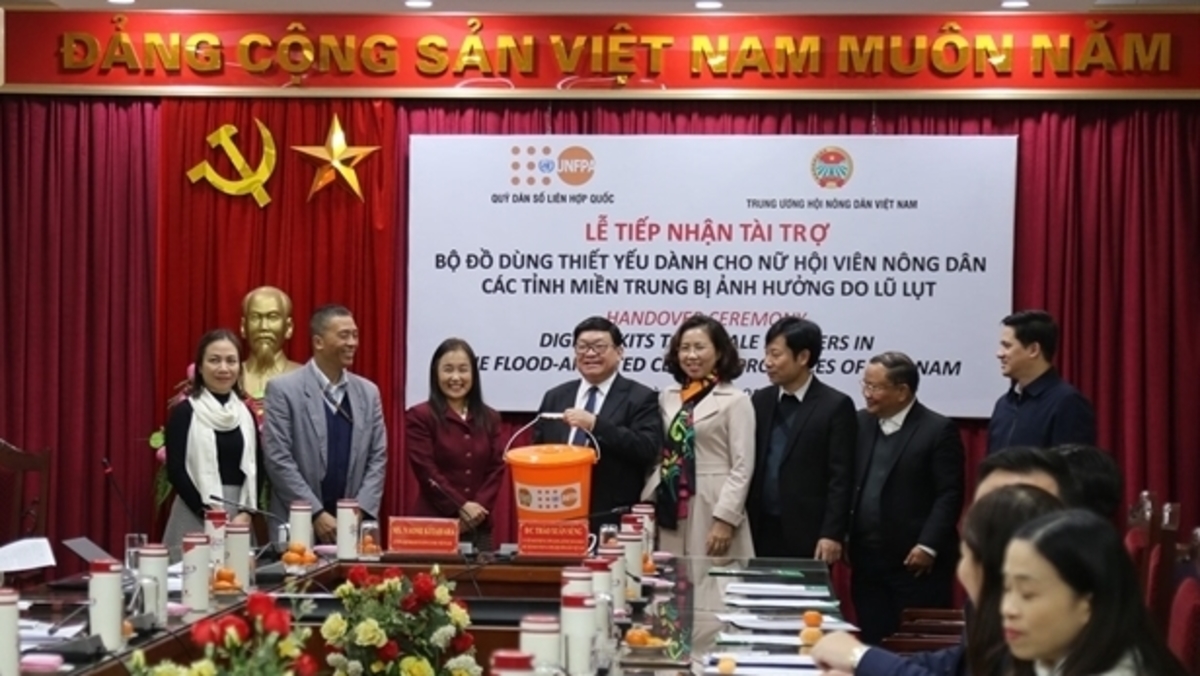 Nearly 7,000 dignity kits have been given to the Central Committee of the Vietnam Farmers’ Union (VFU) by the United Nations Population Fund (UNFPA), in support of women and girls at risk of gender based violence, Vietnam News has reported.

The kits will be given to women in the central provinces of Thua Thien-Hue, Quang Trị, Quang Ngai, Nghe An, and Thanh Hoa, and will contains sanitary pads underwear, soap, powdered detergent, toothpaste, a comb and a flashlight, all in an easy-to carry-pack.

The dignity kits are part of the UNFPA’s humanitarian assistance package to protect sexual and reproductive health, ensure the rights of women and girls, cut the risk of gender violence, and shield women and girls from the negative impact of crises, according Naomi Kitahara UNFPA Chief Representative in Vietnam at the handover ceremony

Thao Xuan Sung, chairman of the VFU, said there had been great progress in gender equality and thanked the UNFPA for its ongoing support.

Nearly two-thirds of married women in Vietnam suffer from some form of physical, sexual, emotional or economic violence, the report said.