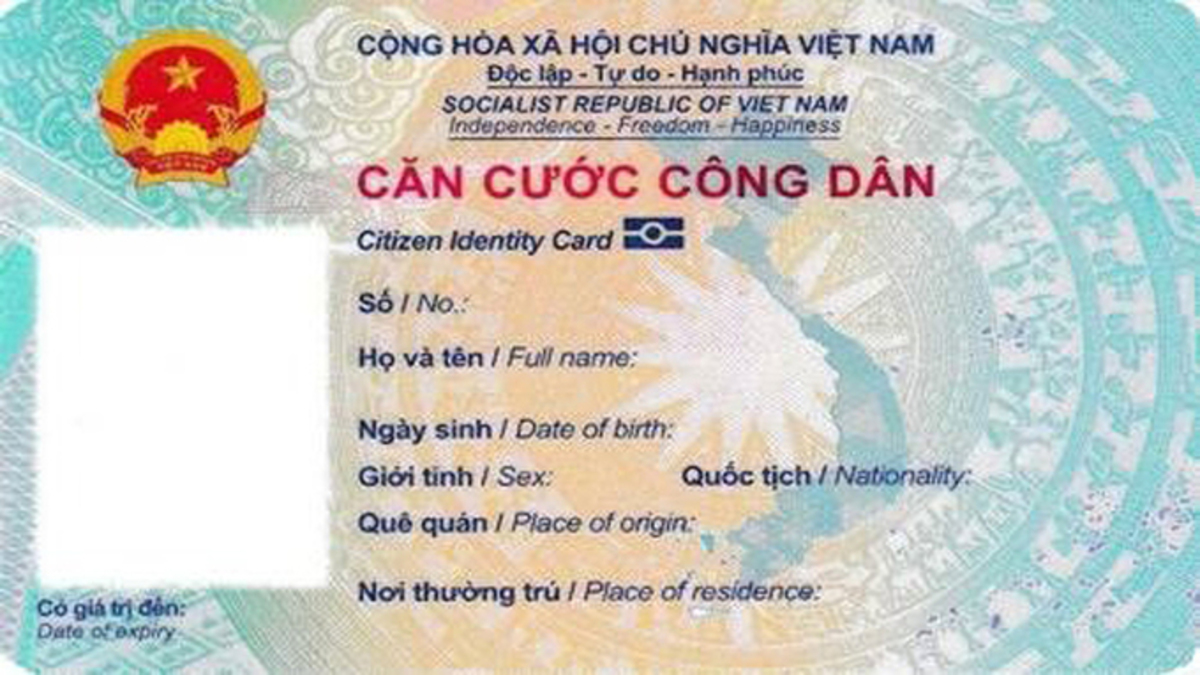 After two months collecting suggestions on the new ID card model, the Vietnamese Ministry of Public Security has finally issued a circular regulating the nation’s new identity cards. The microchipped ID cards will be in both Vietnamese and English, VN Express has reported.

The expiration date for the new identity card is after 10 years, the same as the currently. New citizens can use a barcode card until the expiry date. The local police have stopped accepting the issue of barcode cards and 9-digit ID cards since Jan. 23.

The new ID model has some significant changes. The emblem will be 12 mm in diameter instead of 14. The new card comes in a darker shade of blue and is decorated with the same pattern as the timbal – a Vietnamese traditional instrument. The back of the card will contain a microchip next to the fingerprints section for the index and the thumb, with a lotus symbols decorating in the background.

The Ministry of Public Security said the English titles will make it easier for citizens when they travel aboard. Once Vietnam has signed international treaties and agreements with other countries, Vietnamese citizens can use their ID card in exchange for their passport when entering those territories.

The Administrative Police Department will cooperate with the local police to produce and return cards to citizens who have completed the renewal procedure by late January.

The Vietnamese Police Department has been collecting citizens’ data since Jan. 1. The country should expect 50 million ID cards to be issued by July 2020.