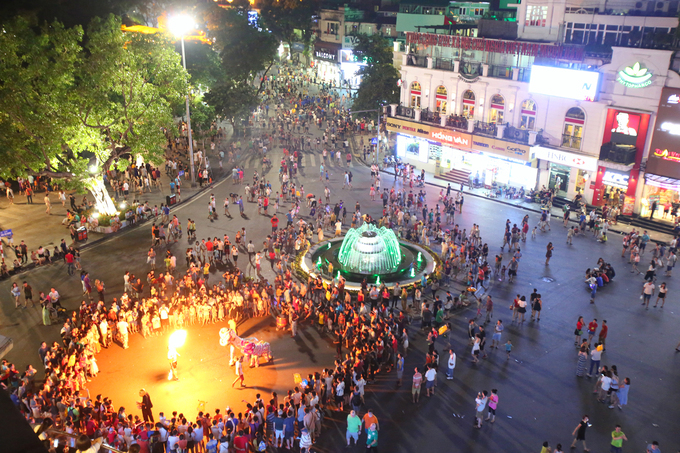 Eight new streets, alongside with three more alleys located in the south of the Old Quarter are set to become part of the walking street, connecting with the area around Hồ Gươm, VN Express has reported.

On Dec. 24, the People’s Committee of Hoan Kiem District announced the expansion would take place this weekend, to be in full effect from Jan. 1, 2021.

Each of the streets and alleys will focus on providing a particular service, including high-end restaurants on Gia Ngư street and Cầu Gỗ alley, and handicrafts and tourism services on Hàng Bè street.

The aim of the expansion, according to Hoan Kiem District’s People’s Committee, is to “create a connection between the two walking streets to provide better services for the people of city and for tourists.”

Hanoi to build 10 more bridges over the Red River