Thousands of workers go on strike as Tet bonuses cut 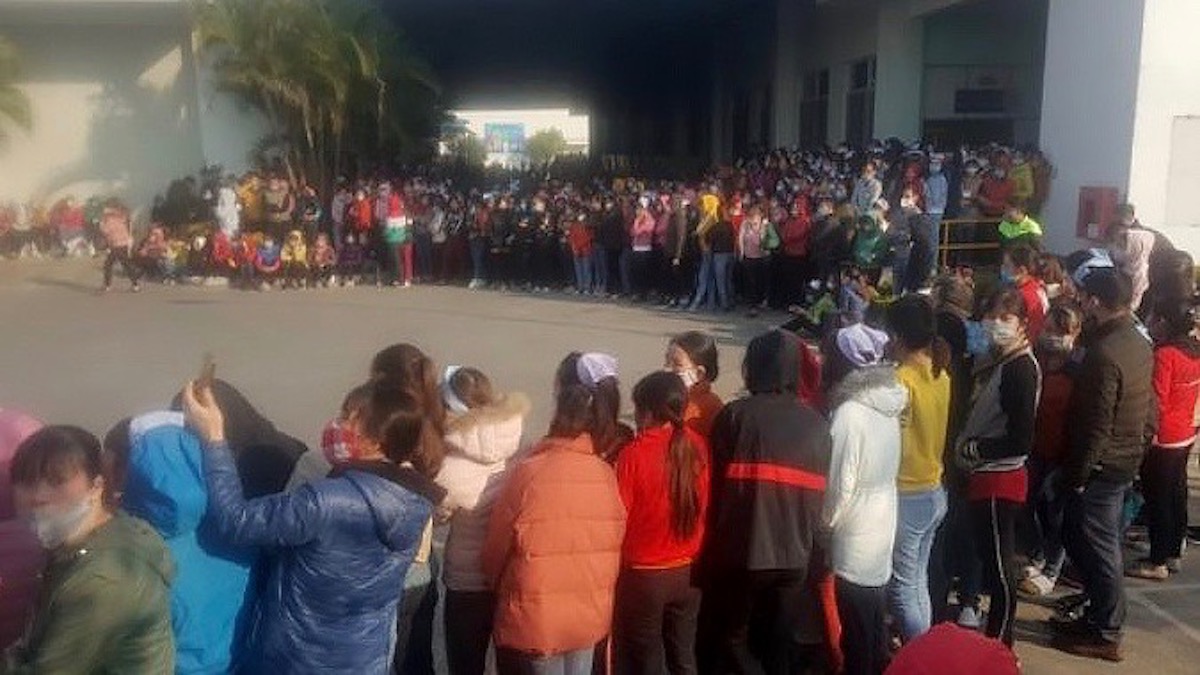 On discovering that their Tet bonuses are to be cut, nearly 3,000 workers of YSS Garment Company in My Trung Industrial Park, Nam Dinh Province have went on strike, according to Dan Tri News.

The workers say that in 2020, they are only received a basic salary of a little over 4 million VND, with allowances for petrol, small children, and women’s healthcare already cut. Now their Tet bonus, equivalent to a full month’s salary, is to be cut too

Immediately after receiving the information, the Management Board and related agencies began working together in order to find an alternative and give the workers fair pay.

The company is arguing that the Covid-19 epidemic has caused difficulties, affecting the business and production rate, causing the company to lose money, hence it has no choice to cut subsidies and allowances.

After much discussion, this company has proposed a plan to reward workers with 1 million VND for Tet, about one-quarter of what were supposed to receive. The staff have not agreed to the plan, with many gathering at the company’s gate in protest at the decision.

Another cold wave to hit Northern Vietnam this weekend