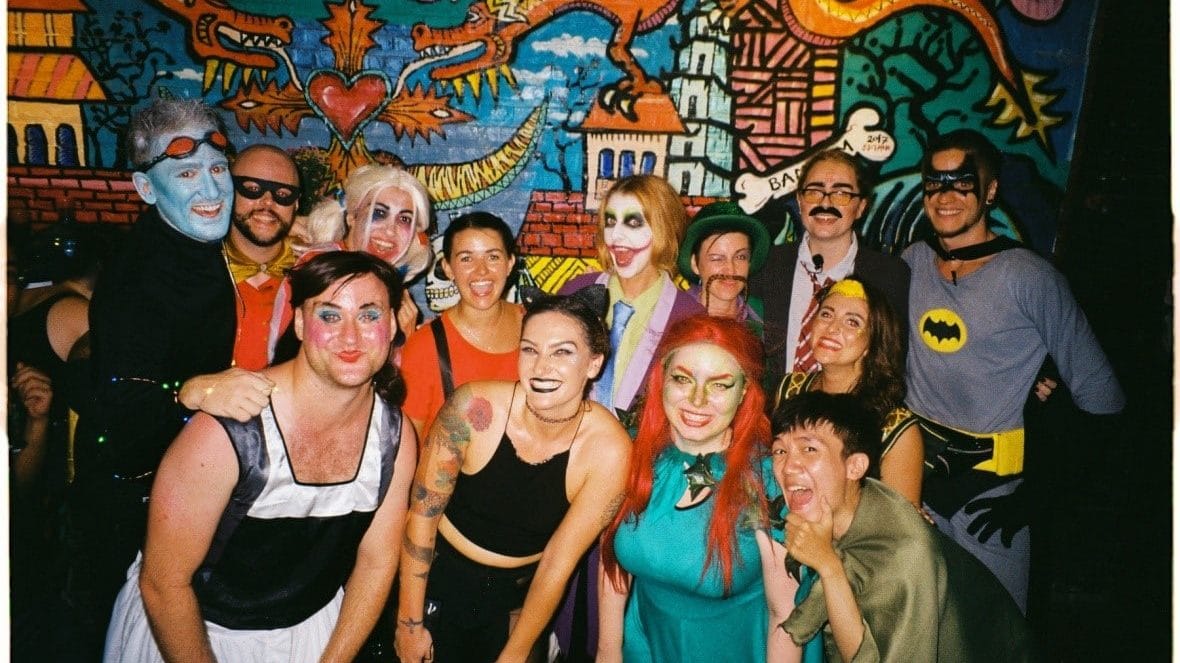 Hanoi invariably has something new and fun to do every week be it music, philosophy, drama or art. Tay Ho Community Theatre’s (THCT) boisterous show: Batman: An Adult Panto! is a fine example. This group of spunky actors put on an outrageously creative show full of slapstick, topical humor and audience participation. Hosted by Sidewalk Bar & Grill, the group fully used the electric atmosphere to create an alluring, interactive experience.

So what exactly is a pantomime? Amy McDowell from Liverpool, founder of THCT and co-creator of the show, said: “A pantomime is something kids go to at Christmas time and they tell stories like Cinderella or Pinocchio. It’s every year, all schools go to see them and it is audience interactive.” Originally pantos are for children so Batman: An Adult Panto is an unusual twist.

“This one was made for adults so we put a lot of swearing and crude humor into it. I have a drama group back home, and they created the play and then we re-wrote it to make it more suitable for our audience in Hanoi,” McDowell said.

“To make it suitable for a diverse audience, we added in Poison Ivy as the narrator who, in the first act, describes what a panto is.

“We took out all the British humor about our prime minister and general British knowledge and added in humor for Americans, Canadians, South Africans and some Vietnamese jokes.”

Apart from some minor sound problems, the show was a huge success, selling out both nights. Almost all proceeds went to Blossom House, a charity in Vietnam that provides opportunity and education for children.

THCT was founded a year ago and has put on an eclectic array of performances to raise money for various charities throughout Vietnam. The group also promotes community engagement.

“As a community we invite everybody to join and anyone who auditions gets a part. We will write in extra parts if we need to, but we have not had too many Vietnamese come. However, we have had at least one Vietnamese local in every show,” McDowell said.

A night filled with laughter, shouting and dancing, with Batman: An Adult Panto! Tay Ho Community Theatre has created yet another unique experience in the Hanoi community arts scene.