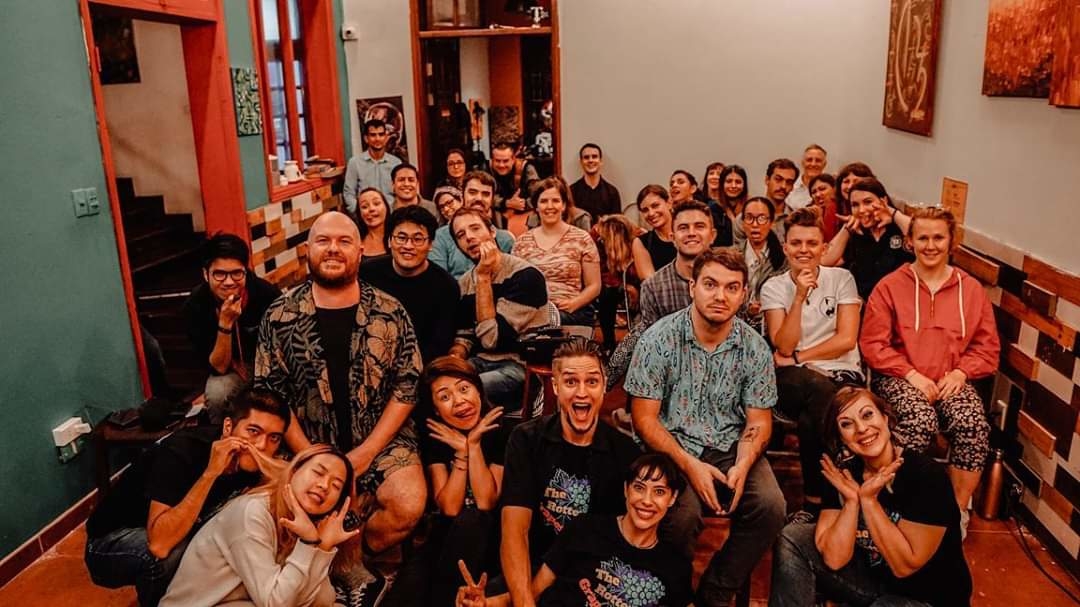 Ever been late for work because you got so drunk you fell asleep on the toilet? The members of the Rotten Grapes Comedy (TRG) have, and that is far from the most bizarre thing they have ever done. Yes, it is comedy improv, the art of creating humorous content in front of a live audience, without anything but a few chairs and a shedload of nervous energy.

Hanoi is well stocked with comedy, boasting many bars and events dedicated to stand-up. Whilst the two are distant relatives, (several members of TRG do both), comedy improv is totally off-script. The audience does not just provide the laughs, but they take a central role in giving suggestions and leading the scene -it’s unknown if the toilet incident was based on a true story. Audience member Dung says he loves the shows, with their “creative ideas and crazy people.”

The intimacy between audience and performer leads to a real sense of community. With monthly shows, weekly practices, regular improv courses and a big troupe of actors and followers, it offers a lively form of entertainment that manages to attract a diverse mix of locals, expats and travelers. Group member Sam Paterson says “”it is the best decision I’ve made since coming to Hanoi’

The group’s next show is this Saturday at 8 p.m., taking place at the new lakeside venue W Square. Entitled Co-Me-Diva, show producer Bex Queren says she wants to explore the idea that “everyone has an inner diva.”  Each of the games and scenes will relate to “an aspect of being a diva,” she adds. Taking inspiration from real-life stories, people share to create scenes, or play themed games akin to ‘Whose Line is it Anyway. One such game is ‘temper tantrum” where the players have to throw the biggest hissy fit possible, which as you might imagine many people are rather good at.

As with everything the group does, audience participation is key: so if you are a diva, know a diva, or just enjoy watching someone else become a diva, then come along, watch and take part. As the group’s motto goes “you can always find a funny way to live.”