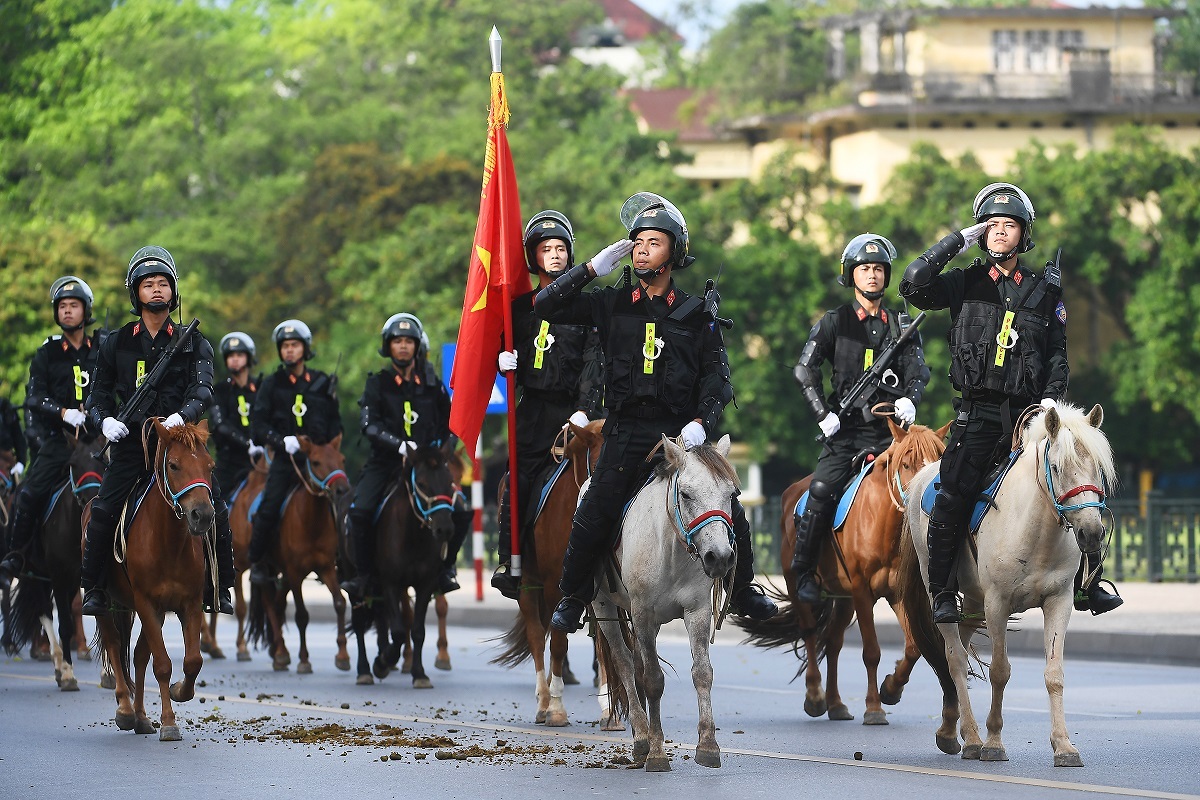 Vietnam’s first mounted police force started their first day on the job to much fanfare on Monday with a parade in front of the Ho Chi Minh Mausoleum in Hanoi.

The new cavalry caused much online sniggering due to what appeared to be the incredibly small stature of the horses, which seemed considerably smaller than the police officers riding them, with several people suggesting they were actually ponies not horses.

The battalion consisted of 60 horses and police officers, which will be administered by the newly-formed Mobile Police Force Command of the Ministry of Public Security. Prime Minister Nguyen Xuan Phuc and several senior politicans attended the parade, according to Vn Express.

In contrast to the large, majestic beasts that usually form specialist cavalries, the horses Vietnam have chosen are barely 4-foot-tall and seem dwarfed by the officers in charge of handling them.

The tiny horses caused much bemusement online: “I don’t think’re of the same stock that Genghis Khan used to conquer the world,“ tweeted writer and Asia expert, Chris Taylor.

Under-the-line comments in online newspapers included, “How come these horses look like midgets” and “Doesn’t Vietnam have regular sized horses?”

Some others offered less ridicule, suggesting the cavalry force looked fine. “Everyone is talking about the horses, but how cool is the posturing from their police handlers,” tweeted Caroline Mills, a resort manager on a small island off Vietnam’s central coast. “They look really comfortable and in control, and other than the vast amount of manure being scattered all over the place, the horses look good too. I like it.”

According to Vn Express the horse force will “fight crime, patrol and engage in rescues in mountainous areas, as well as maintain security in cities,” and “transport weapons and food to remote areas, as well as participating in governmental ceremonies and receiving international heads of state.”