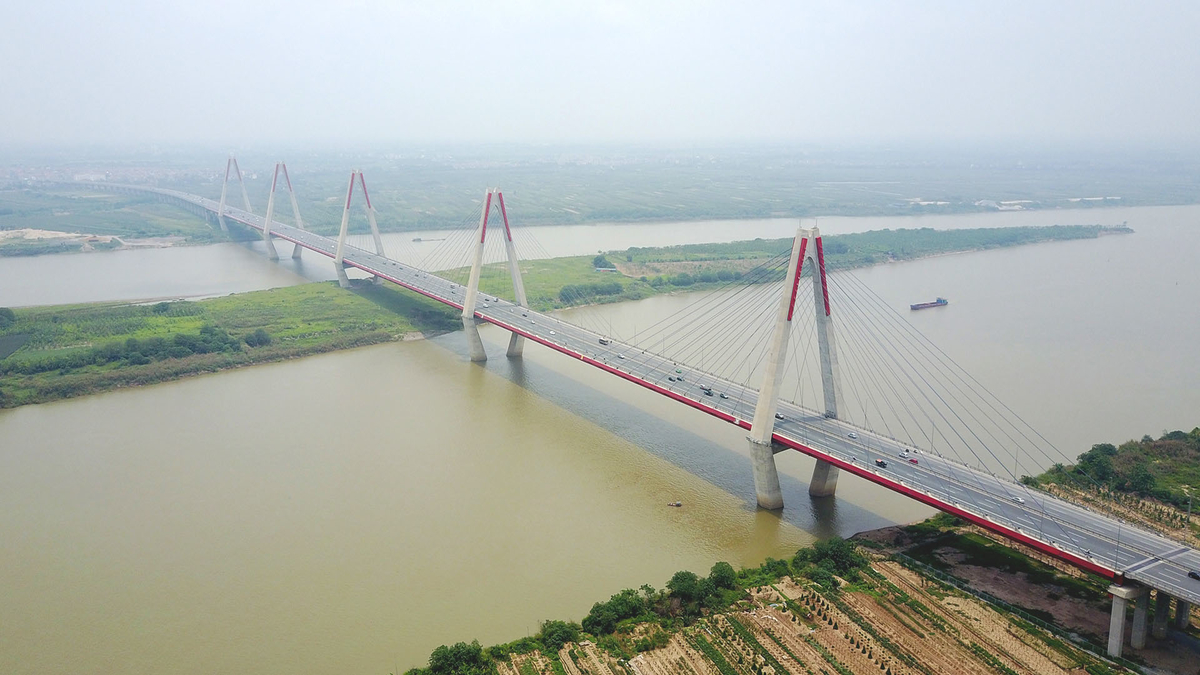 Hanoi plans to build a cable-stayed bridge between Tay Ho District and Dong Anh District over the Red River, DTI News has reported.

The completed design for the Tu Lien Bridge was announced by the municipal people’s committee this week. It will link the Nhat Tan and Long Bien bridges.

At just under 4.85 km, it will run between Nghi Tam Street in Tay Ho and National Highway 5.

The winning design was created by US-invested TY Lin International Vietnam and is said to have been inspired by “Hanoi’s long history and rich traditional culture, as well as by modern architecture,” the report said.

The city already has eight bridges over the river but is planning to add ten more, according to the Hanoi Department of Planning and Architecture.

The Red River is about 1,150-km long, starting near the town of Dali, Yunnan Province in southwest China, entering Vietnam in Lao Cai Province and flowing through the Vietnamese capital of Hanoi before emptying in the Gulf of Tonkin.

In the 19th century the river formed the main trade route between Vietnam and China, though it becamme less significant in terms of trade after the opening of the Kunming–Haiphong Railway in 1910.