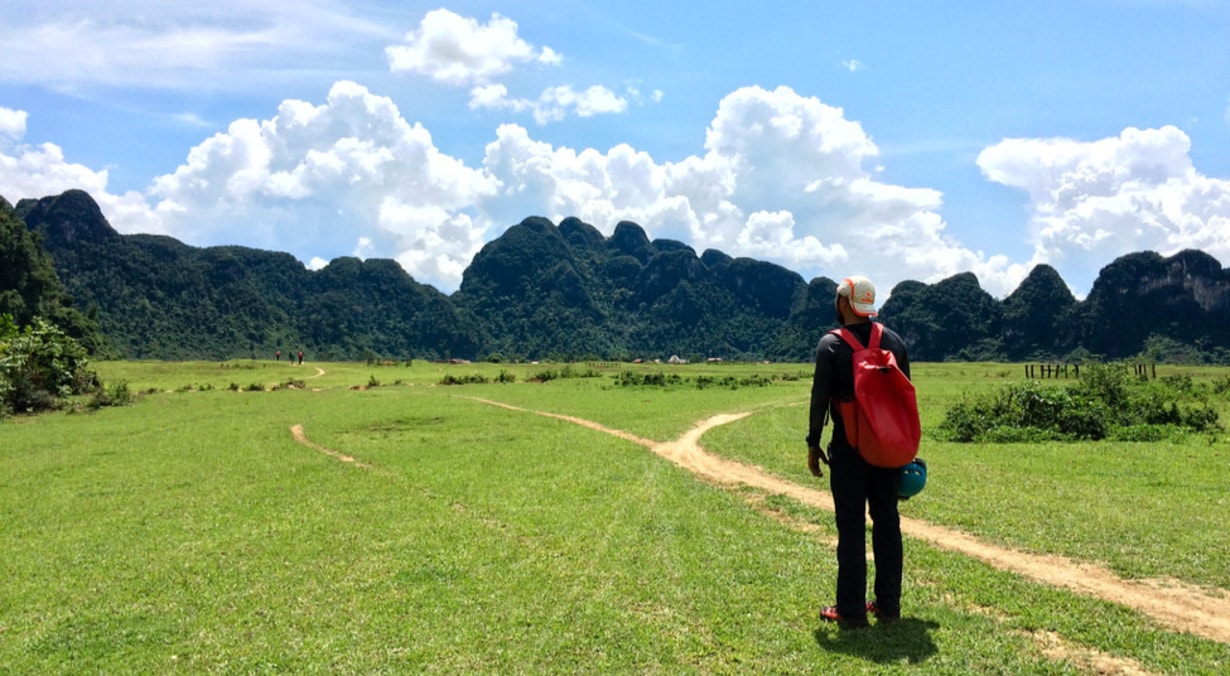 A Vietnamese man has walked 1,700 km from Ho Chi Minh City to Hanoi in just six weeks to raise money for children attending schools in mountainous areas, according to Vietnam News.

Bui Ngoc Quy, 23, a native of Gia Lai Province, completed the walk in just 45 days, from May 25 to July 9, with no money in his pocket, yet found a way to raise 127 million VND for children living in the northwestern province of Lai Chau.

When the government’s social distance measures came to an end, Quy quit his job as a florist in District 7 of HCMC and started to prepare for his adventure. He packed light, with just five pairs of socks, three sets of clothing, two pairs of sneakers and a smartphone.

Meeting generous folk along the way, Quy was inspired to give back to the community. He swiftly took it up with the Education and Training Department of Muong Te District to discuss raising money for the local children of Mu Ca commune, announcing a campaign on Facebook.

The campaign was an instant hit. In just 10 days, donations had totaled 120 million VND from across the nation. Proud of his achievements, Quy said: “Somebody has faith in me.”

Inspired by his walk for charity, he garnered companions along his journey. Le Hue, 29, accompanied Quy for 35 km, and Nguyen Anh Tai, a hair salon owner, also joined in for a large part of the journey.

Quy walked an average of almost 38 km per day.

Related Topics:AdventureCharityFundraisingInspiringVietnamese Schoolchildren
Up Next