A taste of Germany in the heart of Hanoi 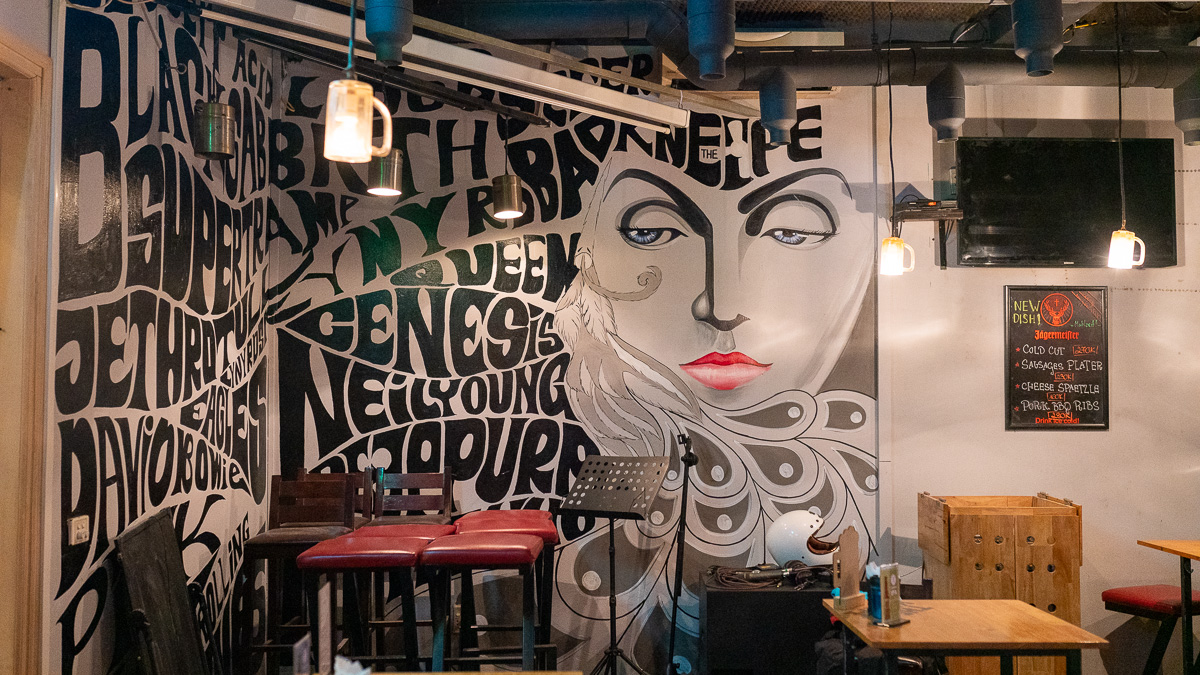 With an ideal location on the middle of a T-Junction in Hanoi’s bustling Tay Ho District, The Kneipe is very much the friendly neighborhood bar, which is fitting as kneipe, from the German, roughly translates to something like local tavern or village inn. Going to meet the owner on quiet weeknight and Chào is fully expecting to meet a stern, portly German dressed in lederhosen, drinking large steins of beer, so it comes as something as a surprise when we meet Carl Fairchild, a former U.S Army soldier and long-term Hanoi expat.

The surprise does not long however as Fairchild, wearing his heart on his sleeve, is soon extolling the virtues of all things German, even seeing himself as something of an adopted son of the Fatherland: his eyes light up when he speaks about the country and the many happy years he spent there.

“I lived in Germany for many years, though I didn’t speak German at the beginning. It is where I met my ex-wife, who is German. Eventually I learned the language, I got a house in this village which is 45 to 50 minutes outside of Frankfurt,” he says. “A lot of villages in Germany, well they have a pub where people go and meet, talk, have a sausage and beer. I always loved it. Now when I speak German some people even ask me where I come from in Germany. I take that as a big compliment. “

While most bar owners are content to just talk about their pub and its food, Fairchild is more expansive. Kindly and avuncular, he is a great character to share a beer with and happy to talk over the details of his storied life, his marriages (he is on his third), the 10 years in the army, a real estate business, former plans to open a travel and company and, of course, his bar The Kneipe, which currently has two branches, one in Hanoi and one in the central beach city of Danang.

The Kneipe is a simple yet welcoming boozer serving up simple yet tasty German classic dishes (think sausages, schnitzel, pretzels with mustard, and farmers breakfasts that are delightfully heavy on the potatoes).

“We sell a lot of schnitzel and German fried potato, that is what we’re selling. We also have pork and chicken. It great if you order a single German fried potato and you put two sunny-side eggs on top, really good,” he says. “And then we have the bauernfruhstuck which is the German Farmer’s breakfast. It’s like an omelet but you put the potato inside there and the eat that, very good also. It is called a breakfast but they eat in the evening too, anytime really.”

“When I came to Vietnam, I had nothing, just 200 dollars and two suitcases. It is amazing to give money back later when you had nothing yourself.”

Aside from slinging sausages and cold beer, Fairchild has a charitable side too. A few years ago realized his bar had saved up about 130 million VND from playing schocker, a German dice game he and his friends love to play over drinks. Rather than wasting the cash on an exotic holiday (he admits they thought about it), they put on a fundraiser and put all the money together to rebuild an orphanage in Bavi, about an hour or so outside of Hanoi. It is one of the things he is most proud of.

“A friend of mine from the German embassy taught us this dice game. It involved drinking. In fact, after about half an hour playing you couldn’t see the dice anymore,” he says laughing. “At first we talked about going on holiday to Bangkok, but then another friend from the embassy said he was connected with an orphanage through his church, and it needed 650 million VND for a rebuild. So, we decided to just go for it.”

“My wife, being Vietnamese, stood behind it 100%. When I came to Vietnam, I had nothing, just 200 dollars and two suitcases. It is amazing to give money back later when you had nothing yourself.”

From just 200 dollars in his pocket to today, Fairchild has come far. The Kneipe in Danang has been open for almost a year, though in a cruel coincidence he somehow managed to open it on Hitler’s birthday, which some would see as a bad omen but Fairchild takes it in his stride. “Honestly, I had no idea,” he says. “One of my German buddies pointed it out. We don’t advertize that one!” The Kneipe in Hanoi has been open for five years this month (a huge feat in a town where bars come and go so fast), and Fairchild is planning a big party to celebrate.

“We have been very lucky; we haven’t had to take a penny out of our pockets since it opened. It will be great to have a party. From 5 p.m to 8, it will be just friends and family, but after that it will be open to all, there will be a band, German snacks, of course beer. We do a celebration every year but this one is extra special as it is our fifth year, so a big one for us.”

For straightforward tasty German food, a game of pool and some ice-cold beers, The Kneipe in Tay Ho is a friendly neighborhood inn that is well worth a visit to sit down, take it easy and talk about life.