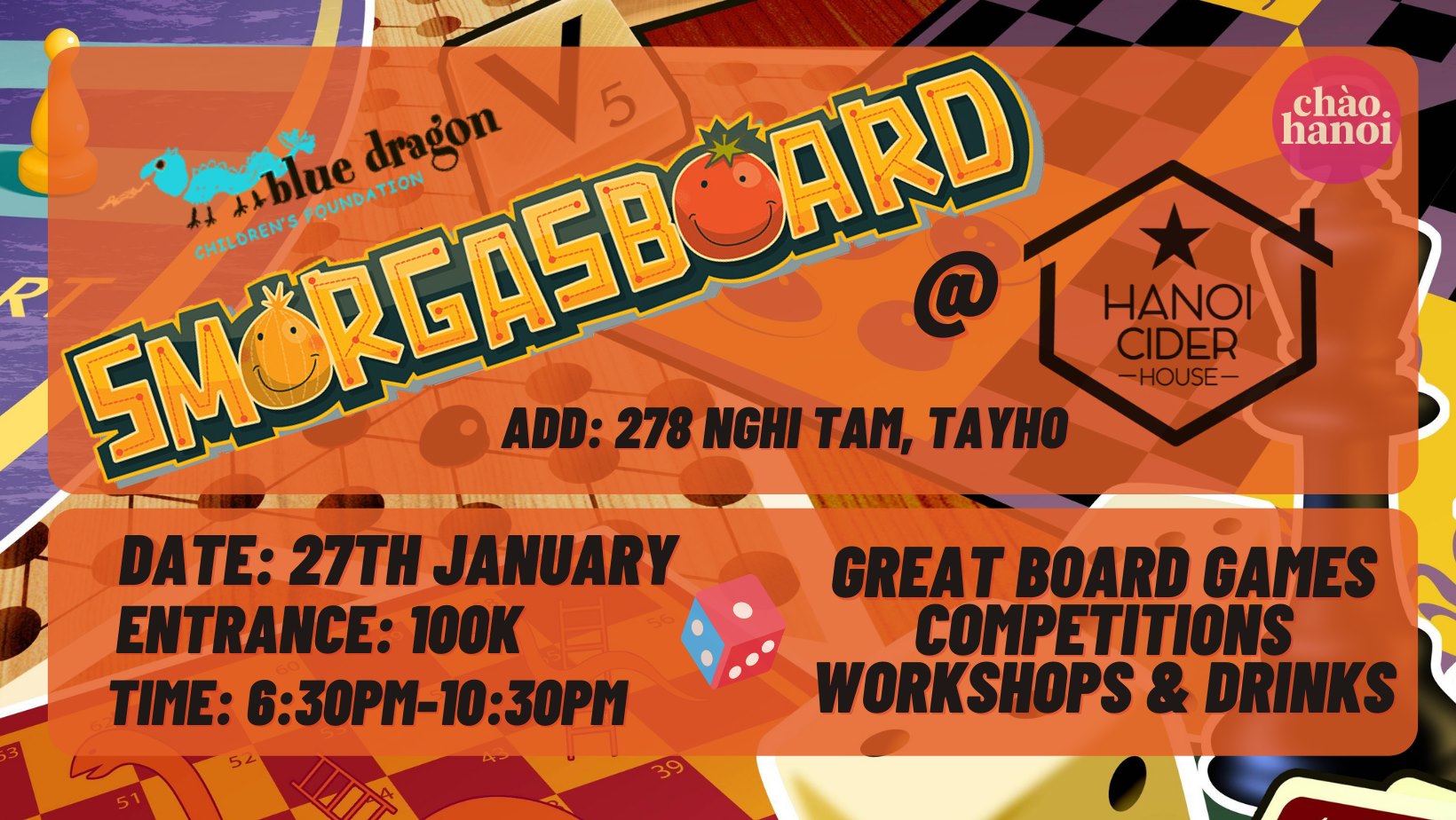 For those a little bored of bingeing Netflix, desiring something a little more social, Hanoi is set to get a regular board games event held at a range of restaurants across the city.

Smorgasboard was dreamed up by British educator and board-game enthusiast Kym Monroe, and the event will see over 50 games available, suitable for people of all ages.

Monroe’s love of board games started when he played Downfall as a child, which he fondly remembers for constantly losing to his mother. He says he now continues the tradition by regularly losing to his girlfriend instead.

“I love games, competitions, learning new things and eating out so we wanted marry those things together! We also realized that there were so many new games out there but as we are creatures of habit, usually we resort to games we already know,” Monroe says. “As a result, Smorgasboard was born, an event that lets people try out new games and also give them a taste of some of the best restaurants around town.”

The first event will take place at Hanoi Cider House on Wednesday evening and see a vast range of games, including household favorites such as Monopoly, Settlers of Catan, Ticket to Ride and Carcassone, as well as more obscure titles such as The Grizzled, Patch Work and Terraforming Mars.

“I love playing board games at home, but you end up playing with just your good friends and family, usually with about three or four games in the cupboard, invariably with a few key pieces missing,” he says. “I wanted to do something more social where you could meet new people, and you would have pretty much every board game imaginable.”

“When are playing board games you forget about everything going on in the real world and just enjoy what the game and what your imagination creates. I love that.”

For those not able to makes Wednesday’s shindig there will a second event held at NYC Pizza on Sunday afternoon, with Monroe looking to set up future events at various venues across the city.

Smorgasboard will donate 5% of the door to Blue Dragon’s Children’s Foundation.