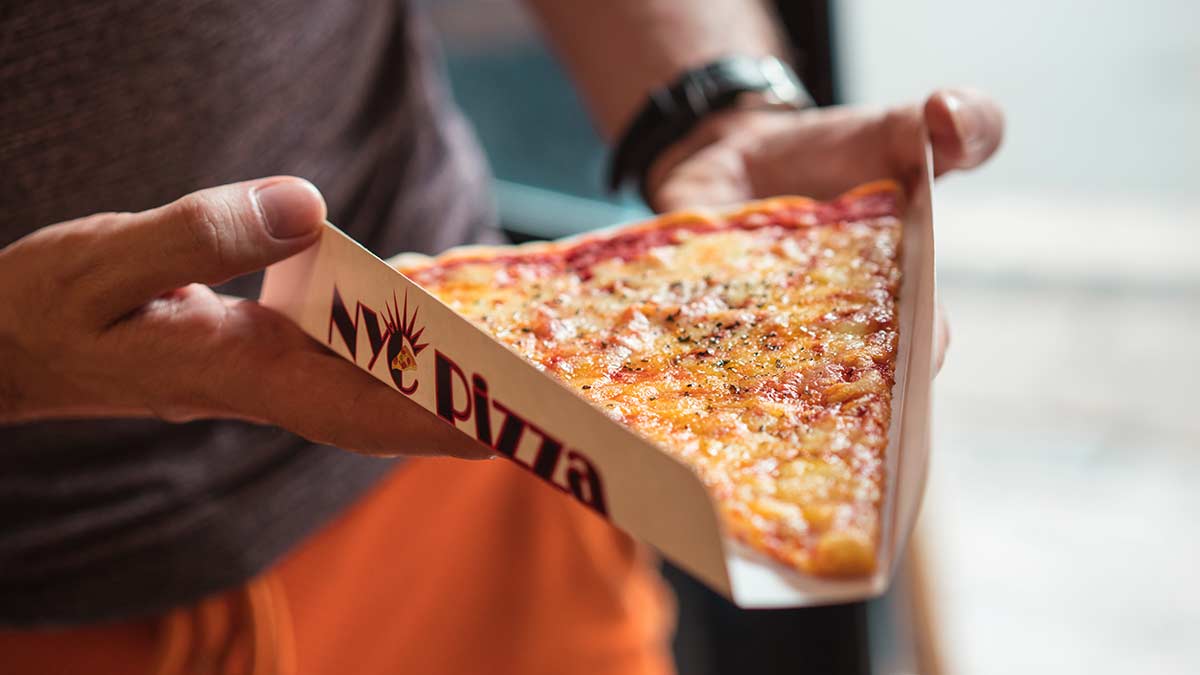 This low-key pizza joint, bang in the center of the Hanoi Old Quarter, serves up crisp New York style pizza by the slice. Rather than try to dazzle you with a mind-numbing million different toppings, NYC Pizza takes a more classic route with five options: cheese, pepperoni, spicy sausage, vegetarian, and a sweet and sour chicken (49,000 to 59,000 VND per slice).

Laid back Scouser Matthew May and his wife Hanh Nguyen, were inspired to open the restaurant when they fell in love with the famed pizza on their New York honeymoon in 2015 (or 2016, amusingly May isn’t quite sure).

“In the end I had to study this book by a ‘pizza scientist’ who calls himself the Dough Doctor, just to get it right. “

Once they started working on the restaurant, it took them a year to nail down the recipe, primarily due to struggles with getting the dough so it tasted like an authentic New York slice.

“We spent ages trying to perfect the recipe. We even signed up to a pizza school in New York,” May said. “The problem was, we were making great pizza in the states, but when we got back here it took ages to get it to the same level. The humidity, temperature, flour, it’s all different in Hanoi. In the end I had to study this book by a ‘pizza scientist’ who calls himself the Dough Doctor, just to get it right.”

The hard work has certainly paid off.  The pizzas were crispy around the edges, but just soft enough in the middle to be bent in half and chowed down like they do in movies. Chào kept it simple by going for a slice of the pepperoni and slice of the cheese — no-frills classics of a genre you will be hard pushed to find anywhere else in Hanoi —  suffice to say we were not disappointed.

The restaurant itself (open barely six months) is simple but eye-catching, all open brickwork and handmade wooden beams, with small framed posters explaining the genesis of New York pizza (apparently it was all started by some dude called Gennaro Lombardi a century ago). The centerpiece is a large painting of the Statue of Liberty (who else?) eating a huge pepperoni slice. For those craving this New York specialty, NYC serves crispy pizza slices done just right.