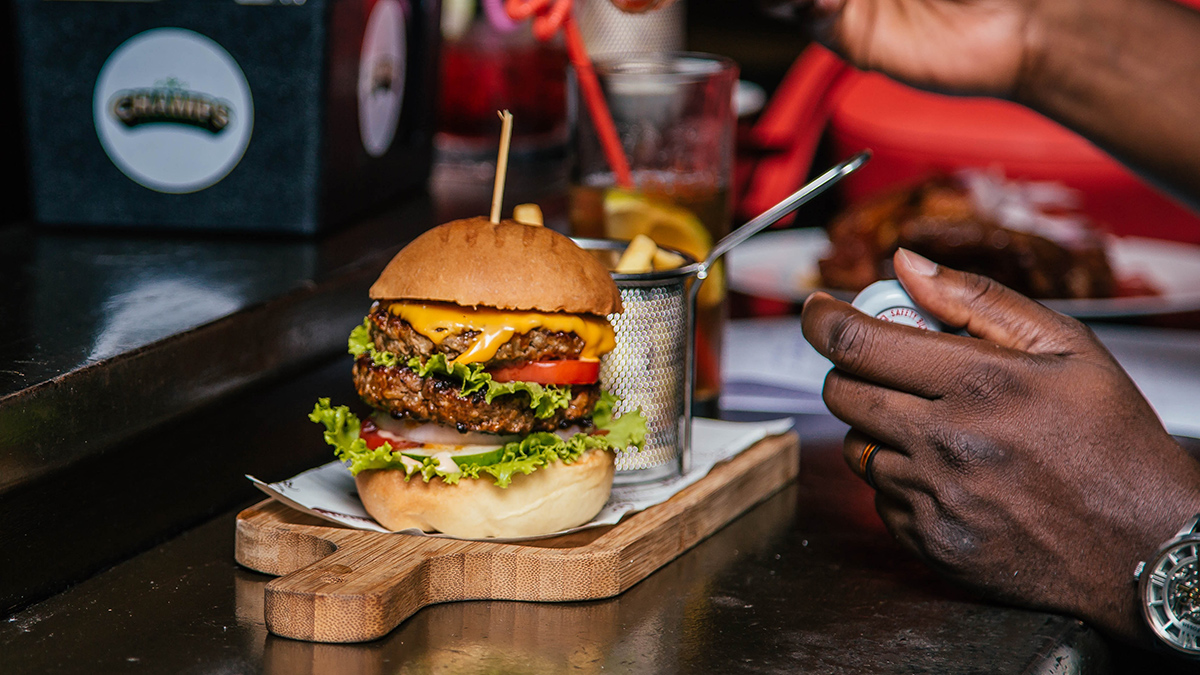 Over the last two years, Melting Pot has steadily gained a reputation as one of Hanoi’s leading food festivals, putting on regular themed events covering everything from Christmas to Mardi Gras, to tacos and more, with last month’s TacoFest seeing over 1,000 people turn out.

This month will see the introduction of Slider Festival, an outdoor ode to a multiplicity of mini-hamburgers, including tasty offerings from Le Veranda, Anita’s Cantina, Chef Ben, Ngoặm, In & Out Bagels, as well as community organization, Keep Hanoi Clean.

Rather than your regular American burgers, most of the sliders at the festival have unusual non-traditional inspirations, and there will be nods to everything from Mac ‘n Cheese to Chorizo, Mexican tortas, pastrami, and gravlax on show.

Event organizer and Melting Pot founder Anastasia Susilo can invariably be found at the events, buzzing around like a busy bee, wearing outrageous shades of eye-shadow and trying to keep everybody involved happy.

“I worked in hospitality in my early to mid-twenties. I’ve got involved in charity work, fundraising events, and I even started a monthly meetup of female expats, though it only lasted a year,” Susilo says. “When I first moved to Hanoi in summer 2017 I didn’t know where to get good food and I missed having options like these sort of food markets. I thought they were lacking in Hanoi, so I started Melting Pot. I love organizing and being in charge!”

“I was always a fat kid at heart, even when I was skinny. I just love food and bringing people together.”

It’s not just Susilo who is pumped about the event, but many of the vendors who also can’t wait to get started.

Ngoặm are a new burger joint in the capital who are aiming to create “made by Hanoians for Hanoians and loved by Hanoians.” Relatively new to the city they see themselves an “unknown underdog” at the Slider Festival” but are confident of making a strong impression

“For the upcoming Slider Festival, we are bringing two brand new sliders with distinctive Asian flavors. The first one is called ‘Oppa’ and the other is ‘JAV’ (Japan and Vietnam). The Oppa has gochujang and fish sauce mayo, a beef patty, a slice of American cheese, onions caramelized for three hours and some crispy seaweed,” says Phan Le, one of the Ngoặm founders. “The JAV consists of a garlic Miso mayo, a beef patty with a slice of American cheese, Vietnamese fermented sticky rice, and banana blossoms pickled in rice vinegar with kumquat.”

“Events such as Slider Festival should be as frequent as possible. They are exactly what Hanoi is missing at the moment. Experiencing delicious food and beverages while meeting new friends from different cultural backgrounds? We simply cannot ask for more. We are so happy to be a part of it!”

Aside from the food and booze on offer, from 4 p.m. there will be a host of entertainment, including local DJs as well as from some of Hanoi’s infamous drag queens. Chào Hanoi will also be presenting an award for the best slider of the day.

If Melting Pot’s last few events are anything to go by, the Slider Festival is set to be a boozy, fun-filled festival that Hanoi is unlikely to forget anytime soon, so slide on over to the 100 Beer Garden for your mini-burger fix.