The Vietnamese National Museum of History 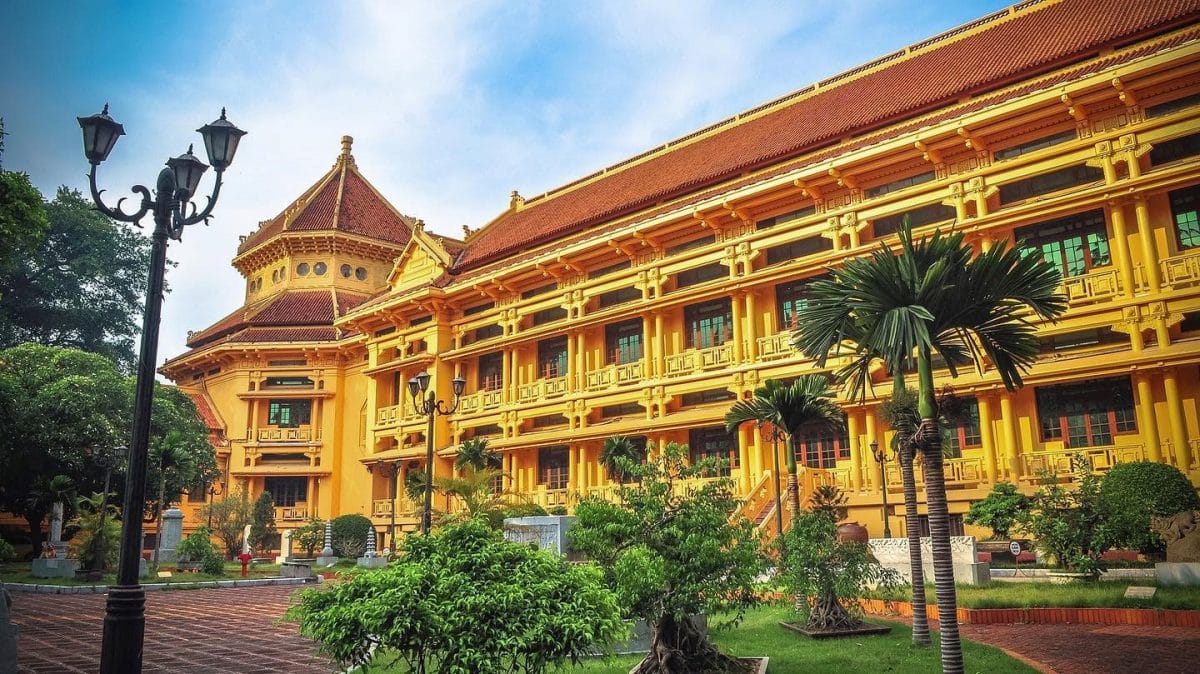 The Vietnam National Museum of History tells the gripping narrative of the nation’s struggles and successes in two buildings: one prehistory to the end of the Nguyen Dynasty (1945), the other from the mid 19th century to the present.

In building one you are first met with artifacts and fossils that paint a picture of life in the Paleolithic and Neolithic. From there, you learn about the development of the first three centers of civilization in the country. Next, discover the invasion of the Han Chinese and the subsequent uprisings, starting with the Trung sisters in 40-43 A.D.

After the Bach Dang Battle in 938, Vietnam ended the Han Chinese occupation and entered a new era. The building includes Hindi and Buddhist statues (first to seventh century), Champa stone sculptures (seventh to 13th century), and artwork produced by students during the French colonial period. A long and enticing history is glorified by artifacts, fossils, and informational panels as you journey through ancient Vietnam.

Outside, there is an open air exhibit including stone sculptures and the auto used by President Ho Chi Minh. There is a rotation of special exhibitions; the current exhibition (starting May 2019) is “Treasures of the Red River: Archeological collections.”

Expect to spend 1-2 hours here. If you are not tired, around the corner is the geology museum (free entry), showcasing a large variety of fossils, rocks and minerals.