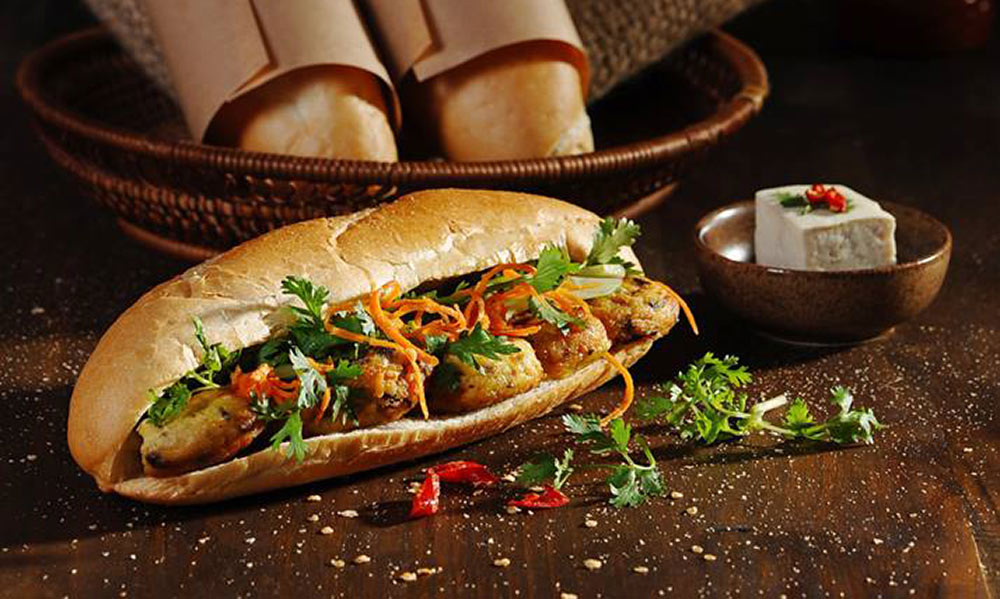 There are few things more delightful than biting into a fresh, crisp banh mi as it spills and drips with a mountain of meat, pâté, egg, vegetables, chili sauce and mayonnaise. In English, banh mi means bread, but is widely known to refer to the delicious Vietnamese French-inspired sandwich. Surely one of the world’s great sandwiches.

Baguettes were first introduced by to Vietnam by the French, during the 19th century. Banh mi was initially a luxury item as the bread imported from France, but during the early 20th century the Vietnamese began mixing in inexpensive rice flour, making the bread fluffier and more affordable food for the masses. They have become much loved by locals, foreigners and people around the world, usually for breakfast or as a snack.

Found in the heart of the Old Quarter, Banh mì 25 has grown a reputation as one of the best places in the city to buy one of these masterful flavor-filled baguettes. The first stall opened in 2014 (now there are three) and has since expanded, adding seating for people to take in the hustle and bustle of Hanoi’s Old Quarter, while munching on this local classic.

Bánh mì 25 offers a variety of fillings including pâté, BBQ pork, sausage, and honey grilled chicken, with a wide variety of delectable vegetarian options and even some vegan ones too. They have a set menu of banh mi types, but you are free to customize your own, ranging from 15,000 to 30,000 VND.

Relish a savory banh mi with a choice of a fresh fruit juice, soft drink or coffee. After your meal, try one of their frozen delights: gorgeous craft popsicles in an array of frozen fruit and yogurt flavors, just perfect in the Hanoi heat.

The service is warm and friendly, though the busy queues mean sometimes there is a short wait of up to 10 minutes. For many, Bánh mì 25 is their first introduction to this Vietnamese staple, and they certainly deliver the goods.