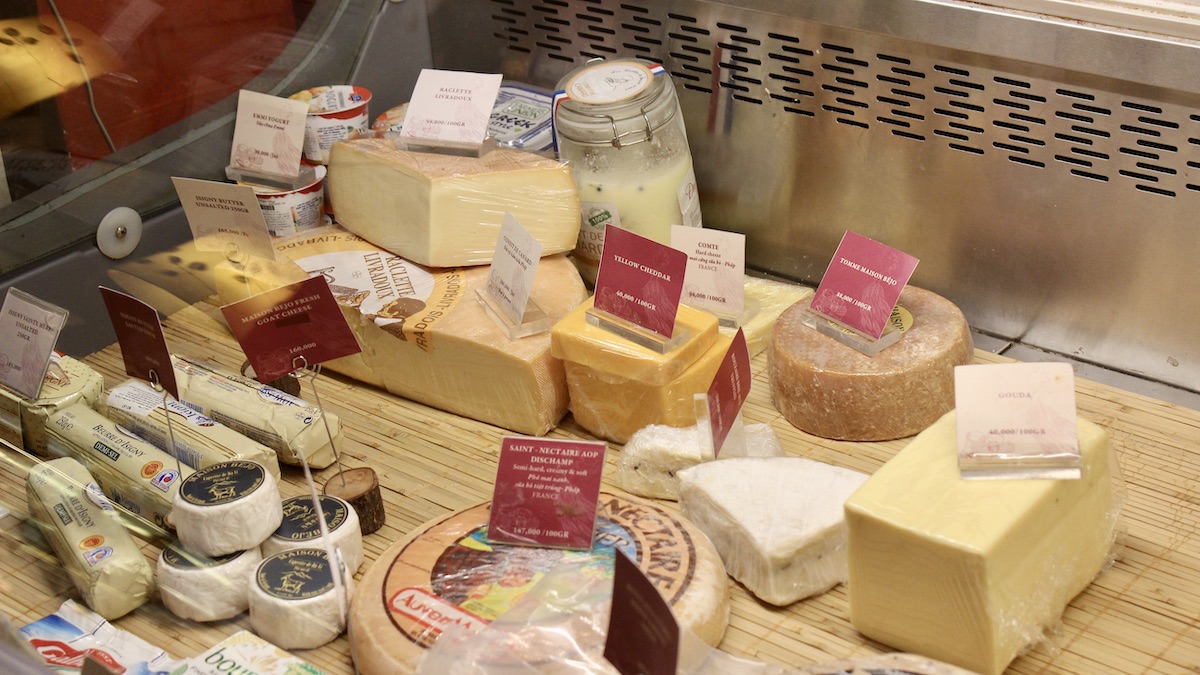 Earlier this week an image of moldy butter purchased from a local foreign food vendor attracted a slew of comment on popular local Facebook group Hanoi Massive. The photographer had taken issue with the customer service they received when they asked for a refund a month after they had made the original purchase.

Vietnamese consumer protections (or lack of) aside, what was striking about this post was the receipt that went with it. In one trip to this gourmet supermarket the recipient of the moldy butter had dropped a whopping 7 million VND.

Spoilt dairy is one thing, but this enormous, and likely unnecessary spend, was quite another.

Seven million VND is not far off double the weekly minimum wage in Hanoi (4.4 million) and about half the average monthly salary (18 million VND).

The impact of this indulgent purchase, however, goes further than just creating general confusion and bemusement. These are imported foods, which take huge amounts of fuel and energy to transport over long distances, and for us in Hanoi this should be concerning.

We live in a city that often ranks in the top 10 most heavily polluted cities in the world. We should be doing our best to reduce the amount of carbon that goes into the air rather than increasing it.

For the price of a kilo of Australian apples at Vinmart you can get 10 kg of bananas at the local market.

A tonne of refrigerated dairy trucked from the port of Hai Phong to Ha Noi, for example, has the potential to generate up to 83 kilograms of CO2 equivalent, according to a 2018 study published in the journal Science. That’s the equivalent to the weight of a well built foreigner.

This is not to say we need to give up all of our creature comforts. But locally produced food has come a long way in a relatively short amount of time.

Huge sums of money have been invested in Vietnam’s dairy industry, for example, in recent years. Most producers here are, when it comes to quality, coming close to par with almost anywhere else in the world, and it is getting better.

Yogurt, milk, and butter made in Vietnam are easily as tasty and nutritious as they are back home. Unfortunately, as is so often the case here, they do come with an excessive amount of packaging but that is an (important) issue for another day. Suffice to say, there is little else that is much different.

Notably, there are some foods that you just cannot find made well locally. Many have searched but none have managed to find a locally produced and drinkable red wine. Imports are the only option to fill this void.

Moderation here is key and in determining what exactly moderation is in these circumstances, it is worth keeping in mind, the average human can survive without most foods for an extended period of time. Local substitutes for nutrients and minerals are also fairly easy to come by.

But all of that aside, the simple economics of eating imported food should give us pause for thought. Imported foods, particularly from developed countries, are expensive whereas local produce, relatively speaking, provides great value.

For example, for the price of a kilo of Australian apples at Vinmart you can get 10 kg of bananas at the local market.

There are also intangible benefits. Buying from local markets and vendors drives intercultural communication and builds relationships. It’s a great way to meet the neighbours and contribute to the local community which in turn benefits all involved – economic integration is often attributed with fostering increased peace and security.

All of that said, this is not to denigrate our moldy butter recipient or belittle their experience. They may well have had very good reasons for dropping the vast sum on groceries. Rather I am trying to make the point that our purchasing decisions have power and influence that are far more nuanced and complex than it might at first appear.

Ultimately, what we buy and where it comes from, particularly when it comes to food, matters. And of this, we could all be a little more mindful.

Mark Barnes is a writer and former development worker, from Australia, based in Hanoi. You can follow him on Twitter @mbarnesau.

Hanoi’s communal housing areas give a taste of Vietnam past

Why does Hanoi feel so bloody cold?