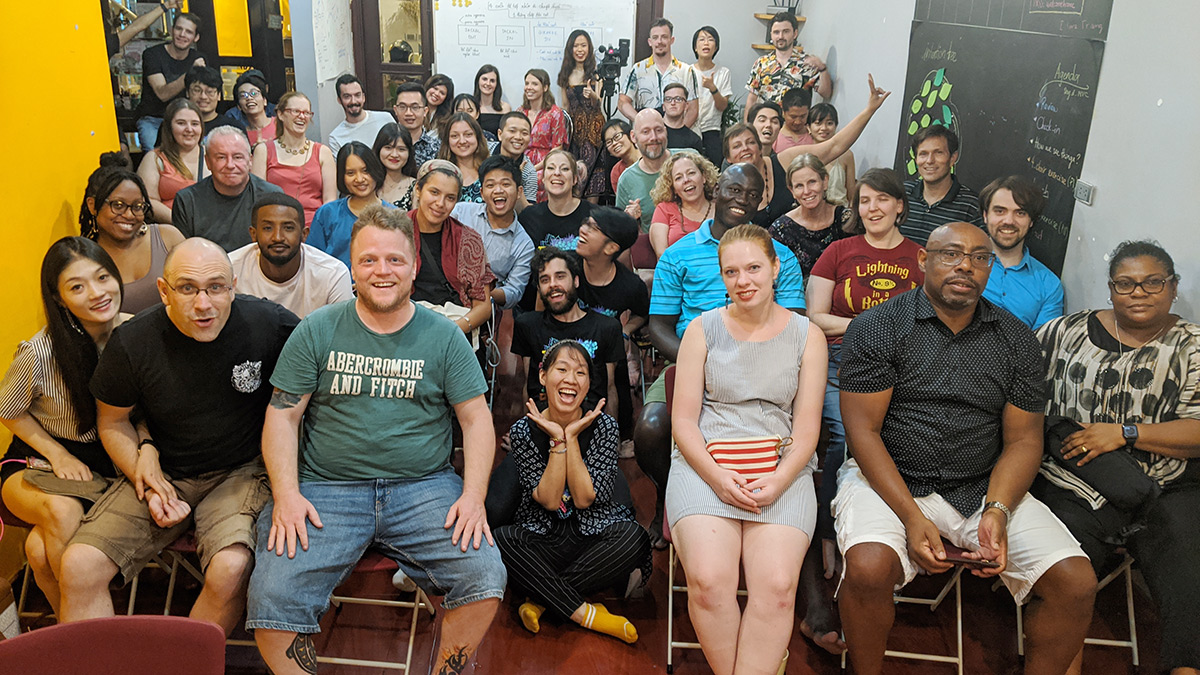 Whether it is through stand-up or improv, the comedy scene in the Vietnamese capital is thriving, and now Hanoi’s premier comedy-improv group, the Rotten Grapes are back with an event to showcase their new long-form format.

The night sees a Hanoi resident being grilled about funny or unusual events in their lives, which are then used to provide the inspiration for a series of improvised comedy scenes. The show debuted last month and saw the founder of Keep Hanoi Clean James Kendall take the hot seat in a set-up that had previously been running in Vietnamese with Nhung qua nho thoi.

“If you’ve never been to a comedy improv show before, expect a fast-paced, slightly chaotic, often intelligent, and always funny blend of unscripted acting and comedy,” says Rotten Grapes co-leader and stand-up comedian Le Kim Thanh. “It is basically an hour and a half of laughing your ass off.”

The latest incantation will take place at the Learning Hub, and see failed stand-up and Chào editor Carlos Ottery put under the microscope. Without a script the players will take audience suggestions, and of course their guest’s stories, and turn them into a serious of bizarre, outre and outrageous live scenes.

“At its best it is hard to believe it hasn’t been scripted,” says Rotten Grapes Co-founder Long Le. “We follow a style that values the truth in comedy, and we believe that the best comedy comes from finding what’s funny in the reality of the moment. The truth for the show is it might be the funniest thing you’ve seen in ages.”