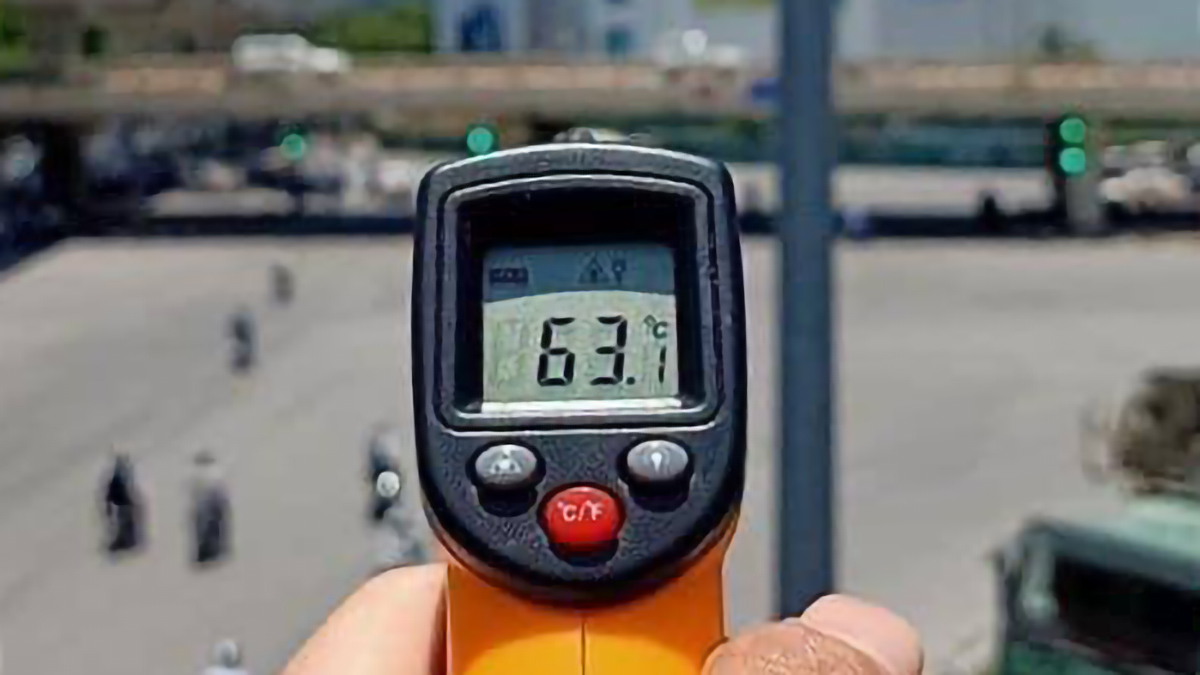 Awake at 2 a.m., the farmers of Tam Thanh commune on the outskirts of Hanoi begin planting their rice fields at night to escape the searing heat of the day. Northern Vietnam is having its longest ever heatwave this summer, after previously experiencing record highs just last year. It seems like Vietnam might now be set to suffer the hottest summer in its history every single year, as an ongoing thing, such are the horrors of climate change.

It’s a disturbing trend, which is drying up Vietnam’s lush countryside and cooking its residents. The existential threat is obvious to anyone who makes a living working under the unforgiving Vietnamese sun. “Temperatures are rising one or two degrees [Celsius] every year,” farmer Le Van Ha told Reuters.

Just last week a Hanoi resident used an electric thermometer used to gauge the heat outside and it registered a whopping 63.1 degrees Celsius. This of course, was not the actual temperature, but the censor thought it was—an effective “feels like” temperature of 145 degrees Fahrenheit.

Vietnamese farmers, already hindered by a global pandemic, are struggling to stay financially afloat during the continued heat waves. For example, farmer Nguyen Dinh Sen reported losing 30% of his crops to the sun, with 2,000 pomelo and orange trees withering away on his farm in the heat of Ha Tinh Province.

“I’ve done everything I can to save my farm but my hands are tied now,” Sen told VN Express. “I can only wish for the rains to come soon. In my decades of farming this could be the year I suffer the heaviest losses… maybe of around 100 million VND (4,300 U.S. dollars).”

Climate guru, armchair meteorologist, and all-round weather obsessive, the Hanoi Weatherdude told Chào the scale of the problem. “Every year, heatwaves are extending by a few days. A three-day heatwave 20 years ago was normal. Now a 10-day heatwave or longer is considered normal.”

The harsh climate is not going away anytime soon, according to Weatherdude. “Hanoi is going to be one of the hotspots that will become ridiculously hot with drought conditions. Unfortunately, winds will change and there may no longer be monsoon rains anymore.”

The scale and intensity of the heat is a huge challenge, and there will need to be policy changes at government level. The nation’s exceptional response to Covid-19 has proved that when it wants to take something very seriously it can pull out all the stops to huge results. Hopefully, it can make a similar gargantuan effort with regards to rapidly rising temperatures. Hanoi Weatherdude is making his predictions as to how government will response to the rising, hellish temperatures.

“I really want to try and remain optimistic about Vietnam’s future. I believe that the government can potentially spark change fairly rapidly,” he said. “Big business and government need to work together to form policy where the economy is not the priority. It’s hard though and may take years to change. I fear there has to be a great disaster until people pressure the government more.”

“Vietnam is one of the countries most heavily affected by climate change. We support and join global efforts to respond to climate change and address its security implications.”

A “great disaster” is grim possibility. According to Intergovernmental Panel on Climate Change, Vietnam is expected to lose 5.7% of its GDP to excessive heat by 2030, with the unprecedented temperatures costing Vietnam 85 billion U.S. dollars in productivity loss, as the climate makes outdoor work near impossible in the summer months. Most disturbingly, the World Health Organization estimates that without countermeasures, 65,000 people over 65 will succumb annually to heat exposure within 10 years, mostly impacting the Asian-Pacific region.

Foreign Minister Pham Binh Minh reaffirmed Vietnam’s commitment to curbing the effects of climate change in an address at the Second Berlin Climate and Security Conference, stating the importance of world unity in order to squash this immense threat.

“No single country can solve this alone. A global challenge like climate change requires a global response. We must all do our parts by implementing international climate agreements within the United Nations Framework Convention on Climate Change, especially the Kyoto Protocol and the Paris Agreement,” Minh said. “Vietnam is one of the countries most heavily affected by climate change. We support and join global efforts to respond to climate change and address its security implications.”

While Minh’s words seem hopeful, Hanoians will be left desperately fanning themselves the foreseeable future.

“It’s going to get a lot worse before it gets better,” Weatherdude told Chào. “Too late and not enough?  Maybe that’s the case. But I try and remain optimistic, despite the fact that I occasionally think we may all be doomed.”

For the time being, people living in Hanoi should avoid spending prolonged time outside in the middle of the day to avoid sunstroke, try to relax and keep replenished with as much water as possible. The blistering heat, it seems, is here to stay for a while.