The Vietnamese who turned down the Nobel Peace Prize 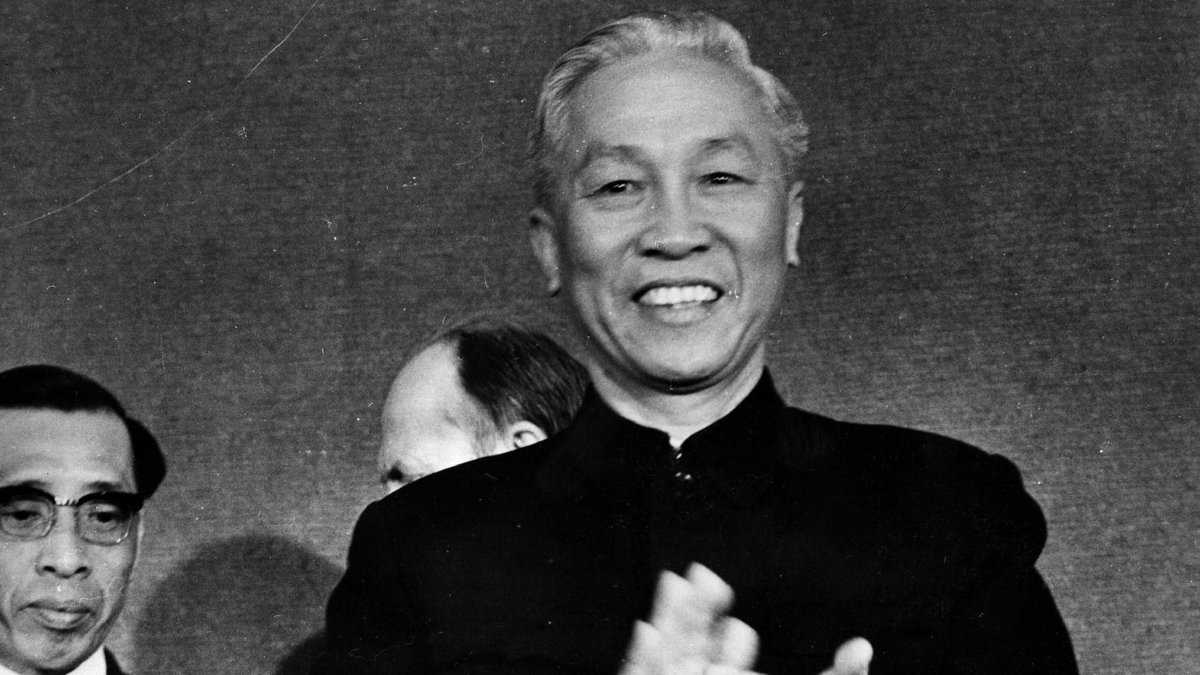 Only one man in history has ever turned down the Nobel Peace Prize: Vietnamese revolutionary, diplomat and politician, Le Duc Tho. For his role as Vietnam’s chief negotiator in the Paris Peace Accords, in 1973 he was jointly awarded the prize alongside his American counterpart, Henry Kissinger. Kissinger accepted the prize; Le Duc Tho rejected it.

“The Nobel Committee made a big mistake,” he said in an interview with UPI a decade later. “This is a prize for peace. The thing here is, who is the one that has created peace? The ones who fought against the U.S. and established peace for the country are us, not the U.S. However, the Nobel Committee has put the invader and the invaded as equal – that is something I cannot accept, and that is the reason why I declined the prize.” When asked if he’d accept the prize now that the country is free, he replied, “Yes, but only if the prize is awarded to me only.”

Le Duc Tho’s (1911-90) fervently nationalist worldview was forged under the French occupation of Vietnam, and he spent most of his early adulthood in French colonial prisons where he underwent torture, hunger and humiliation, though soon gathered a reputation for toughness, even earning the nickname ‘the hammer.’

A fierce negotiator, he and Kissinger continually frustrated each other during the five-year-long peace talks with both sides accusing the other of acting in bad faith, either through being dishonest, reneging on ceasefires or on occasion by Tho simply hurling insult at Kissinger. In his book “Our Vietnam: The War 1954–1975,” U.S. journalist A.J. Langguth says that despite Kissinger’s protestations for Tho to be quiet, during one session of the talks he shouted at Kissinger for over an hour, finishing up: “For more than ten years, America has used violence to beat down the Vietnamese people-napalm, B-52s. But you don’t draw any lessons from your failures. You continue the same policy. Ngu xuan! Ngu xuan! Ngu xuan!” The translator reportedly refused to tell Kissinger what Ngu xuan meant (massively stupid) for fear of causing offence.

“I don’t look back on our meetings with any great joy, yet he was a person of substance and discipline who defended the position he represented with dedication, “

As it often does, the awarding of the prize caused considerable controversy. The biggest argument against the two laureates was that the Paris Peace Accords had not directly ended the Vietnam War (they hadn’t), but only agreed on a ceasefire and for the United States to withdraw all of its troops and military bases from Vietnam. Others went further, saying that Le Duc Tho and Henry Kissinger were as responsible for starting the war as ending it, and so a title of peace wasn’t fitting for them. To heighten the situation further, two members of the Nobel Prize Committee resigned in protest at the prize winners.

U.S. and Vietnamese responses to the award were, as you might imagine, markedly different. Time magazine wrote that: “Only at the White House was the announcement greeted with unguarded praise. Kissinger was unabashedly delighted; President Nixon, who might have hoped to win it himself, said that the award gave ‘deserved recognition to the art of negotiation itself in the process of ending a war and laying the groundwork for peace.’ Hanoi, however, was resoundingly silent, lending substance to rumors that Tho would not accept the prize.”

“Peace has not yet really been established in South Vietnam. In these circumstances it is impossible for me to accept the 1973 Nobel Prize for Peace which the committee has bestowed on me.”

Luu Van Loi, who was with Tho at the conference as a member of the negotiating team, wasn’t happy with Kissinger either. “Kissinger was dodgy; he always brought up irrelevant matters at the start of meetings, and only mentioned the important stuff out for discussion at night. He must have thought that the old Le Duc Tho was sleepy and tired. But he knew nothing about Tho! The longer the negotiation went, the more alert Tho got.”

Kissinger seemed to agree with Luu Van Loi when he expressed his astonishment: “Sometimes he talked for hours straight. I said, ‘I’ve heard this countless times,’ but Tho responded ‘You’ve heard it countless times but you haven’t remembered it, let me repeat…’”

Despite Tho often being reported—even in the American press—as ”the man who outsmarted Henry Kissinger at the Paris peace talks, ” as we well as talking down to the American statesman, treating him with “the airs of a Vietnamese mandarin lecturing a dim-witted student,” Kissinger was later to pay a sort of grudging respect to Tho and his refusal to give in: “I don’t look back on our meetings with any great joy, yet he was a person of substance and discipline who defended the position he represented with dedication,” he said.

In his statement declining the prize, Tho said: “Peace has not yet really been established in South Vietnam. In these circumstances it is impossible for me to accept the 1973 Nobel Prize for Peace which the committee has bestowed on me.” With the war not officially ending until the fall of Saigon in 1975, Tho’s reasoning seemed sound.

Of the six Nobel Laureates to have rejected any of the Nobel prizes, the Committee only cites two as being voluntary, Jean Paul-Sartre and Le Duc Tho. And though there is no doubt that Tho had little time for any award shared by the American side, it is highly unlikely the decision would have been unilaterally his own, least of all in wartime. The rejection was something that was almost certainly, likely briefly, mulled over by the highest echelons of the Communist Party of Vietnam and a collective decision made.

On Jan. 27, 1973, the Paris Peace Accords were signed. Though they did not end the war immediately, they did serve as a first glimpse of hope of ending a war that stirred up tension throughout the world. Nobel Peace Prize or not, Le Duc Tho’s blunt, steadfast negotiating is unlikely to ever be forgotten by the Vietnamese people.