Why does Hanoi feel so bloody cold? 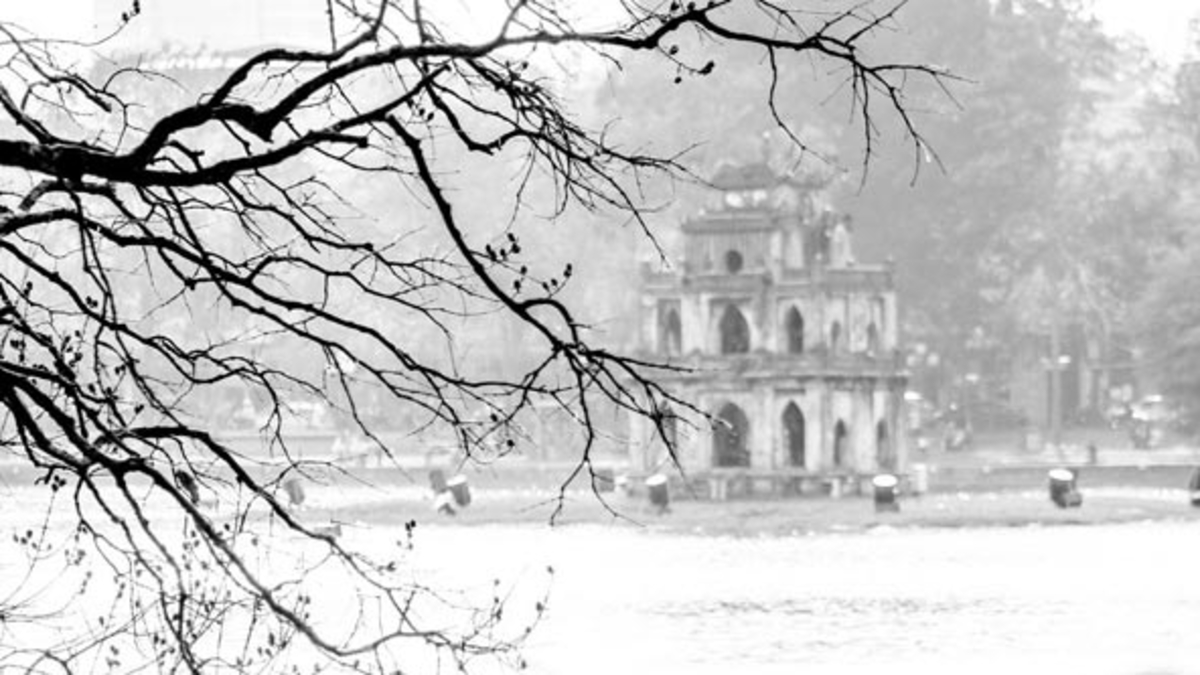 Living in Hanoi often means spending about nine months of the year wishing it was cooler, a bit over two months wishing it was warmer and three weeks boasting about how the weather is just perfect. Right now there are gaggles of Russians huddled around Hanoi cafes, gloved and scarfed up, moaning about just how cold it is. It is a strange sight considering today, Moscow—balmy by Russia’s standards–will experience lows of minus 17 degrees Centigrade. Even in Paris it is zero. Yet, the refrain of pretty much any foreigner in the capital is much the same, “But it feels so much colder here!” despite the fact that the city is only seeing average lows of 10 degrees, with the afternoons around 15 degrees. That’s virtually T-shirt weather in many people’s home countries.

The Hanoi weather does feel uncommonly cold this year, and it is the coldest winter the city has seen since 2016. This doesn’t sound too bad until you realize 2016 was one of the coldest winters the city had seen for 40 years. Just why it feels so cold is the the question on everyone’s quivering lips right now, so Chào asked local meteorological legend Hanoi Weatherdude for his thoughts on the matter.

“I think it’s because its more humid here than, say, Edmonton Canada, plus nothing is centrally heated, and also most of us travel by motorbike… plus there’s the wind chill factor, and the fact that houses and apartments have no insolation and are drafty,” he said. “Maybe it’s also climate change and some more of that terra incognita. Higher humidity means the cold is more ‘bone chilling’ [whereas] lower humidity means the cold is less pervasive. There’s also another important factor, La Nina, which means that ocean temps over in Western Pacific are much cooler.”

La Nina episodes seem to have occurred between every five to 10 years or so over the last century, and sees sea surface temperatures across large parts of the Pacific fall by up to 5 degrees centigrade, often affecting large parts of Southeast Asia. The years 2020 and 2021 are having La Nina episodes and, in part at least, this is why temperatures in Vietnam are colder this year.

Now, this is the part where we should advise you to wear multiple layers, and put on a beanie, scarf and gloves–wear socks to bed, even.

Another key factor to the cold-factor is likely comparative. It was only in November when many of the afternoons were 25 degrees or above. Six weeks later and people across the capital are struggling to get out of bed as their homes are so chilly and they can barely feel their toes. Such is life in a subtropical climate.

The obvious lack of central heating in most homes is also an issue, with many reporting the climate no big deal when they are out and about, but as soon as they are home, it feels positively Baltic. Homes in Hanoi are built more for the heat and to stay cool. And guess what, homes built to stay cool are not much fun in the winter.

While air-con systems in the capital do often have reverse-cycle functions to warm the air, they are widely considered a complete waste of time, managing to “take the edge off” at best, with any warm air quickly escaping due to poor insulation. Those that really do feel the urge to heat their homes—which we assume is a large number of people– are better off buying a radial heater (small ones are available for a little over a million VND), which are better at heating homes than most other sources. Failing that, it really is a matter of layering up or burying yourself under a mountain of blankets and hoping for the best.

Yet the colder weather will not be a constant, instead coming in unpredictable snaps and waves. The rest of this week will see the mercury slowly rising with it set to be sunny and 25 degrees Centigrade by Friday afternoom, according to Weatherdude. “There will be five to seven more chilly spells this winter with the coldest weather coming between late Jan. to late Feb.,” he said.

Anyway, things could be worse. In Sapa in Vietnam’s northwest province of Lao Cai, it is not unheard of to see snow this time of year.

Now, this is the part where we should advise you to wear multiple layers, and put on a beanie, scarf and gloves–wear socks to bed, even. There is that, but we rather think curling up with a hot man or woman is the way to go, alongside drinking copious amounts of hot whiskey of course. Good luck and stay warm!