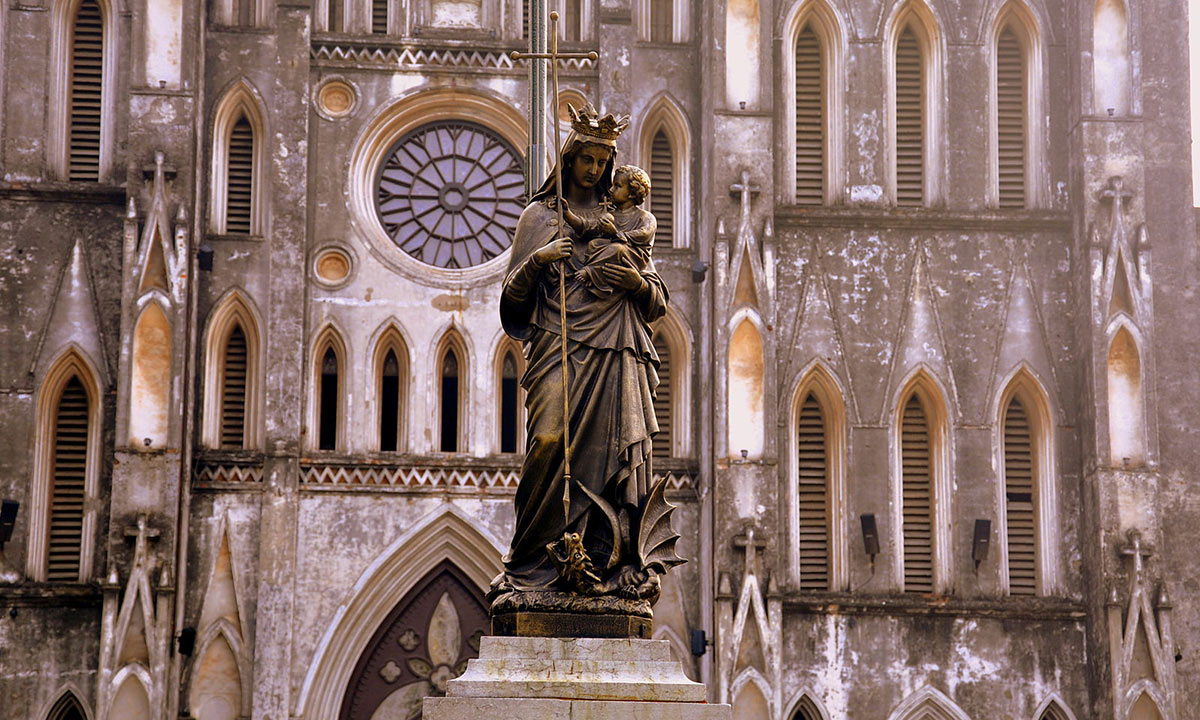 Hanoi’s spectacular neo-gothic cathedral dates back to the 1800s and is built on the site of what was a pagoda built over 800 years ago. This eye-catching Roman Catholic church is replete with detailed stained-glass windows and breathtaking architectural flourishes, with the iconic twin bells believed to have been inspired by the Notre Dame de Paris.

Within the Old Quarter just west of Hoan Kiem Lake, St. Joseph’s is a great place to sit back and watch people as they stroll by, whether it is young couples manically taking selfies on the cathedral steps or large groups of Chinese tourists looking lost and bewildered.

It is still a fully working cathedral as well as the headquarters of the Archdiocese of Vietnam, which administers nearly 500 churches across the country. Sunday Mass is particularly popular, with the church overfilling and large groups spilling outside to listen and sing to the hymns.

The surrounding area is lovely, too. When you are done church watching, the enclosing square offers a litany of cutesy coffee shops, hipsterish craft beer bars and chic boutiques. Look out for the young guys slinging homemade coconut ice-cream on the street, a great way to cool off in the middle of a hot day.