[What to order] Hanoi's best burgers 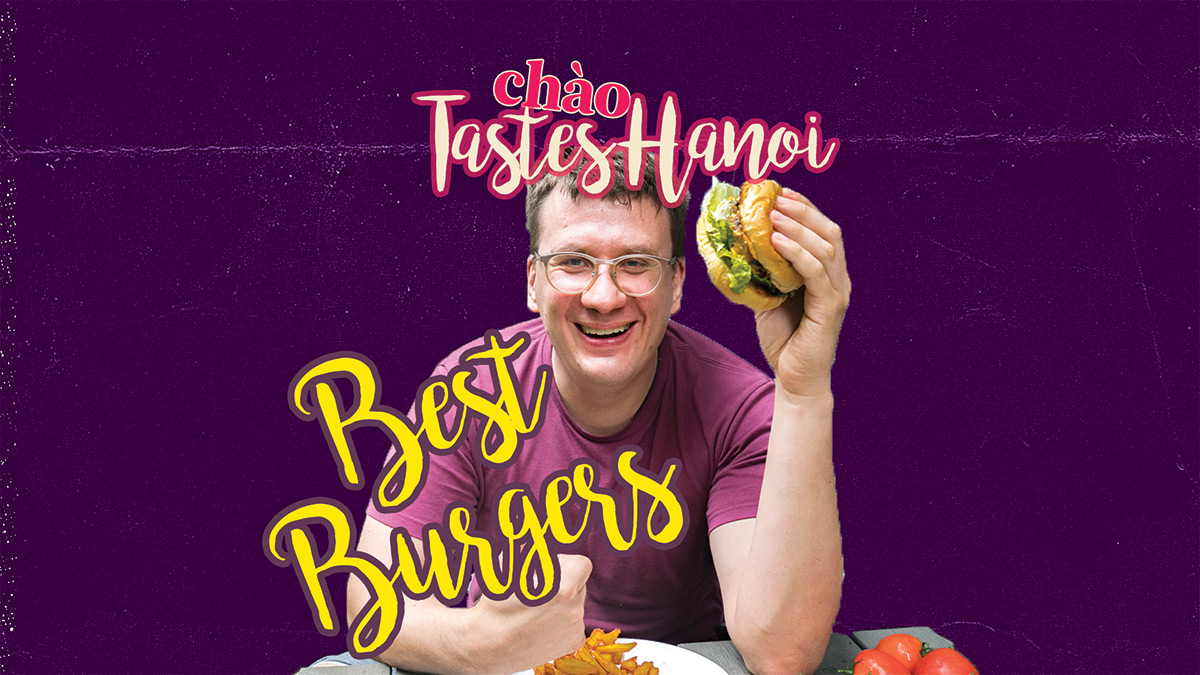 Oh, the simple joys of a hamburger, that hot masculine cousin of the sandwich: does anything, hand-on-heart, really beat it?  Meaty, juicy goodness, slipped betwixt a bun and slathered in ketchup, mayo and pickles. On occasion, a burger can almost (yes, almost) match the orgasm in being such a singular spiritual experience. But where to get an amazing (burger) one in Hanoi? Alas, until this virus plaguing the land has gone, options are a little more limited than they once were. But there are still some fantastic delivery options to be found. Here are a few of the city’s stand-out options. Burgers that scream to be ordered.

Confession time: while Chào has eaten at the Republic on several occasions, we almost exclusively order the English breakfast — which is utterly superb by the way. Ordering the burger almost felt like we were cheating on our beloved full English. But work is work, so we diligently set about munching on a few of the Republic’s fluffy-bunned meat feasts.

We started off with their Bacon and Blue (260,000 VND with chunky fries). The burger itself, and the ensuing food coma, left as unable to move for two hours. If you are after a seriously big eat, this is surely it. The smokiness of the bacon can be detected above the meat, which was tender and juicy. You can tell more than one cut of meat is involved giving it a full-bodied flavor-profile that you are unlikely to get from a generic fast-food burger joint. All this was served within a delightfully fluffy bun that was lightly dusted with flour. The blue cheese here added to the intense richness of the burger, which makes for a very full-flavored offering.

Another feature that stood out was that, alongside the regular ketchup, it also came with a side of tomato chutney made in-house, which we poured onto the patty to give it a bit of extra tang and to cut through the saltiness of the blue cheese. A damn fine burger.

Alternative: Lamb and goat cheese burger – a sure-fire winner for those not in the mood for beef

For reasons unknown, we have often overlooked SunKats despite having walked past on several occasions, and so we feel it is our duty to announce we made a big mistake – one that we will be rectifying in the future!

The cheese burger here (110, 000 VND) was the closest to what we would call an all-American classic: tons of melted cheese, very tasty patties, all set in a sesame seed bun (from French bakery O’Doucers). This one reminded me us of the sort of eat you would pick up at an In-N-Out burger in California, and will be an instant hit with lovers of a truly quality fast food burger: a near-perfect sweet, salt and fat delivery system. The fries (included) get a big shout out here too: long, crispy and thin, with bits of potato skin left on, which we heartily approve of. A very moreish burger.

This no-nonsense burger chain now has seven branches across the country (in Hanoi, Danang and Hoi An), and is surely to add more, with their simple business model of freshly-cooked burgers at a good price point (their hot dogs are a decent shout too).

Not for the first time, Chào opted for the simple Yummy burger (50,000 VND), which was reminiscent of the sort you might get served out of a van at a music festival. We had no complaints here, and while it couldn’t compare with the meaty goodness of the Republic or the all-American cheese bomb from Sunkats, it is hard to beat for this price point and will tempt those who want to go easy on the budget and want something a little fresher than a McDonalds. A late night perennial.

Whilst Vietnam’s famous dish of bun cha is ubiquitous across the country, we had never considered it as having the right ingredients for a burger. It turns out this restaurant make it work works very well indeed. The pork patty is infused with mint and other Vietnamese herbs and has a deliciously chargrilled taste. It comes with a small ramekin of pickled vegetables and some extra herbs, and the burger also contains noodles, but unlike with bun cha itself these are fried up to impart a crispy texture to the burger. It also comes with a special, tangy sauce, which manager Mai Thanh Tran is very strict about it being for dipping not to pour into the burger itself.

The bun cha burger (105,000 VND with fries) really captures the bun cha flavor perfectly but still works as a standalone burger in its own right. A fine east-meets-west addition to Hanoi’s burgeoning burger scene.

If you had any doubt as to whether the Corona Burger (75,000 VND) was anything more than a novelty choice then it is worth pointing out that it does come from a pizza restaurant, but as manager Hoang Tung points out it has given them attention from the likes SCMP, BBC, Reuters, Le Figaro and, now Chào Hanoi.

As a burger itself it is perfectly edible though its referencing of a killer airborne disease and its gaudy colors (they use pineapple leaves and matcha tea powder to give the bun a green tinge), might be a bit difficult for some to get their heads around, though it is sure to delight children.

Hoang says that a large company ordered a Corona burger for all their staff and told him you have to “eat it to beat it,” which he now uses as a tagline to market the burger. It has certainly brought a smile to several people during the pandemic.

From comfort food classics to the more obscure, “What to order” taste tests some of the best food delivery options in Hanoi.