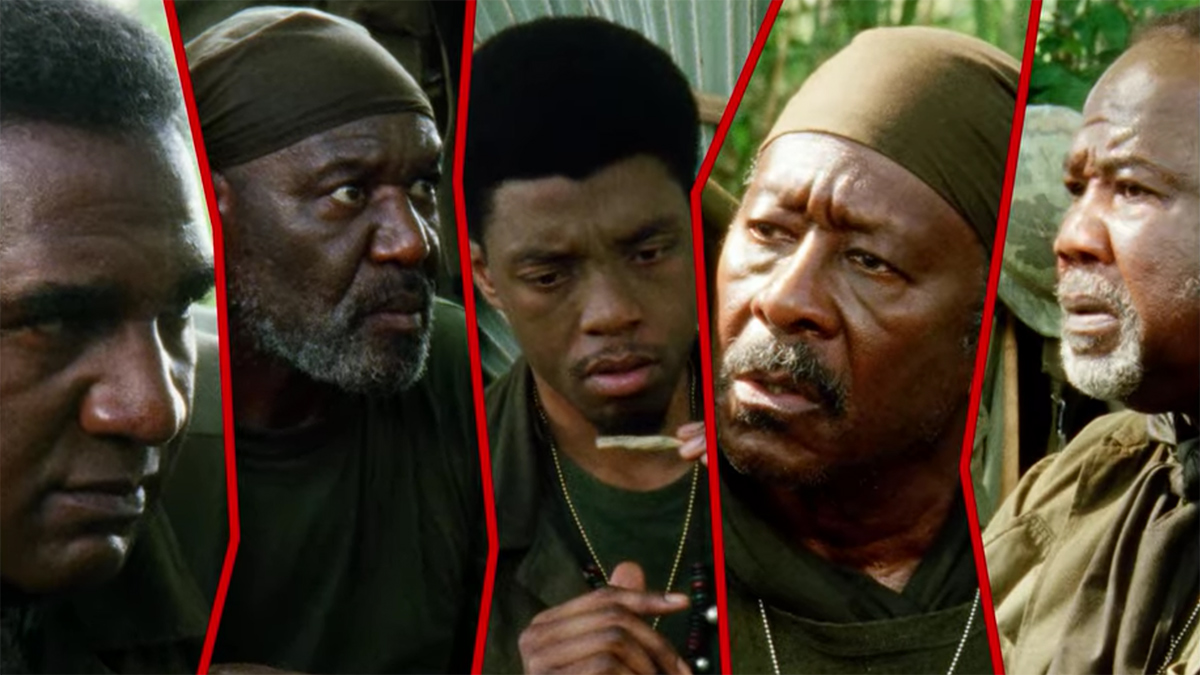 As the United States faces its worse racial tensions since the Civil Rights movement, acclaimed filmmaker Spike Lee’s newest flick resurrects another tragedy of the 1960s – the American invasion of Vietnam. The film follows four black American soldiers returning to Vietnam in search of the remains of their fallen comrade — the fearless Stormin’ Norman, leader of the titular squad — and the promise of buried treasure.

With elements of war films like “Apocalypse Now” and adventure epics such as “The Treasure of the Sierra Madre,” Lee’s “Da 5 Bloods” reflects on how black Americans were mostly drafted as cannon fodder for an immoral war that nobody believed in, to defend a country that did not believe in them. The ambitious story is a cautionary tale, reminding viewers us how the brutality of the past, still exists in the present day as a result of white supremacy and American greed.

Delroy Lindo’s masterful performance as Paul, a MAGA hat-wearing, short-tempered, PTSD-addled veteran, exemplifies how American injustices continue to haunt him and Vietnam. Much to the worry and chagrin of his friends, a disaffected Paul continually spouts radical right-wing ideals and racist remarks towards the Vietnamese. However, Lindo’s layered performance never goes so far as to be irredeemable. It is distinctly conveyed that Paul’s exclusionary behavior is a reaction to a racist U.S. government’s unjust treatment of black Americans.

In an intense monologue, a crazed Paul speaks directly to the camera and admits he has cancer, a side-effect from the U.S. use of chemical warfare: “You made me malignant,” he says, eyes wide and brandishing a machete. “[You] bathed me in that lymphoma Agent Orange herbicidal stew. Those army bastards, they scorched the earth with it. Sprayed that shit in the air and the water, my bloodstream, my cells, my DNA, and my motherfucking soul!” Paul is literally infected by the immorality of the United States.

The film’s at times slick writing provides the bigger stars with some memorable moments. Both Delory Lindo, and Chadwick Bozeman as the legendary Norman, are given powerful monologues reflecting on injustice, rage and black liberation. Unfortunately, the rest of the cast, while given some interesting story beats, are not given the same focus as the films two leads, even though they have compelling stories of their own. Clarke Peters as Otis, for example, is shocked to discover he has a daughter with his former Vietnamese lover. Despite the amazing story potential, this plot point is glazed over for much of the film. While Lindo and Bosemon preach about issues deeply personal to the filmmaker, the rest of the cast speaks with interchangeable, forgettable dialogue, shallowly echoing points made by the two leading men.

“You bathed me in that lymphoma Agent Orange herbicidal stew. Those army bastards, they scorched the earth with it. Sprayed that shit in the air and the water, my bloodstream, my cells, my DNA, and my motherfucking soul!”

The varied cinematographic styles reveal the differing perspectives of America’s involvement in Vietnam. Flashback scenes are portrayed in grainy 16-mm, referencing the how most Americans perceived the violence in Vietnam from daily newsreels. While the bloodshed is consistent throughout the movie, the action in these scenes seems more romantic, with thrilling camera pans and plenty of heroic angles. Even the movement of the actors during the firefight seems particularly stylized- one scene follows a Viet Cong solider creeping upon the protagonists, moving with the grace of a prowling tiger.

By contrasting, scenes set in modern Vietnam are captured with state-of-the-art digital cameras. Lee presents the post-war nation with bright, poppy colors. The violence in these scenes are devoid of history’s romanticism, depicting the frenzied chaos of war instead. Characters are killed abruptly as the camera quickly cuts from shots of rapid gunfire to bursts of blood. The decision to film these scenes in stark clarity, as opposed to the moody 70s lighting of the flashback scenes, shows the brutally savage reality of the terrible conflict, formerly mythicized by jingoistic American propaganda films a la John Wayne’s “The Green Berets.” Lee reminds his audience that while the United States consistently attempts to glamorize the tragedy, this unnecessary war took millions of lives. Even the films protagonists are shown to be brutal killers; in one difficult scene, Da 5 bloods ambushes a troop of Viet Cong soldiers, killing them instantly.

Ultimately, the story culminates in a deadly firefight between Vietnamese, American and French gunmen. In a sense, a second, microcosmic war takes place as a result of the rage, greed, and ignorance of everyone involved. While no parties want relive the gruesome war, the uncontrolled rage stemming from residual American evils causes history to repeat itself.

“The film is a story about black people, not about Vietnam, but as a human being I demand a more progressive expression of Vietnam, like the way Spike Lee has fought for the representation of blacks in American cinema.”

While American audiences will no doubt have much to discuss concerning Da 5 Bloods, residents of Vietnam may be left scratching their heads and somewhat miffed. Despite Lee’s best efforts to deliver an updated take on the U.S. exploitation of Vietnam, the film still falls into the cliché of using Vietnam to gripe about American issues instead of actively engaging with the Vietnamese people. For a film set in Vietnam, the Vietnamese characters have little presence in the story.

Some Vietnamese have criticized the film’s poor portrayal of their homeland. Nguyen Phuong An of the Media Studies Department at Southwest University in China, succinctly explained her issues with the film to Tuoi Tre News: “Expressions of Vietnam and the war in Da 5 Bloods are very backwards… The film is a story about black people, not about Vietnam, but as a human being, I demand a more progressive expression of Vietnam, like the way Spike Lee has fought for the representation of blacks in American cinema.”

Also, while somewhat understandable, the film’s portrayal of Vietnam is littered with anachronisms. Vietnamese drinking Bud Light instead of, say, Saigon Beer? Please. Add the fact that most of the jungle scenes were filmed in Thailand, not Vietnam, and it becomes shamefully apparent that Lee wishes to explore his own, inaccurate version of Vietnam, rather than anything that might regionally resonate. For a truly Vietnamese perspective of the war, viewers will be better off checking out the emotionally powerful “Little Girl of Hanoi.”

Despite these unfortunate missteps, Lee delivers a compelling tale of past tragedies that resonates with recent ones. “Da 5 Bloods” is inspired by an American institution (in this case, the military) exploiting and murdering black people in order to defend an unethical status quo. In the wake of the George Floyd protests, the film reads as an important reminder of how U.S. systemic failures continue to endanger people of color. Through graphic imagery, unforgettable performances and inspiration from the black community, Lee reveals how the evils of U.S. history are not dead or dormant, but active and deadly, much like the thousands of leftover American landmines carelessly left in the jungles of Vietnam.