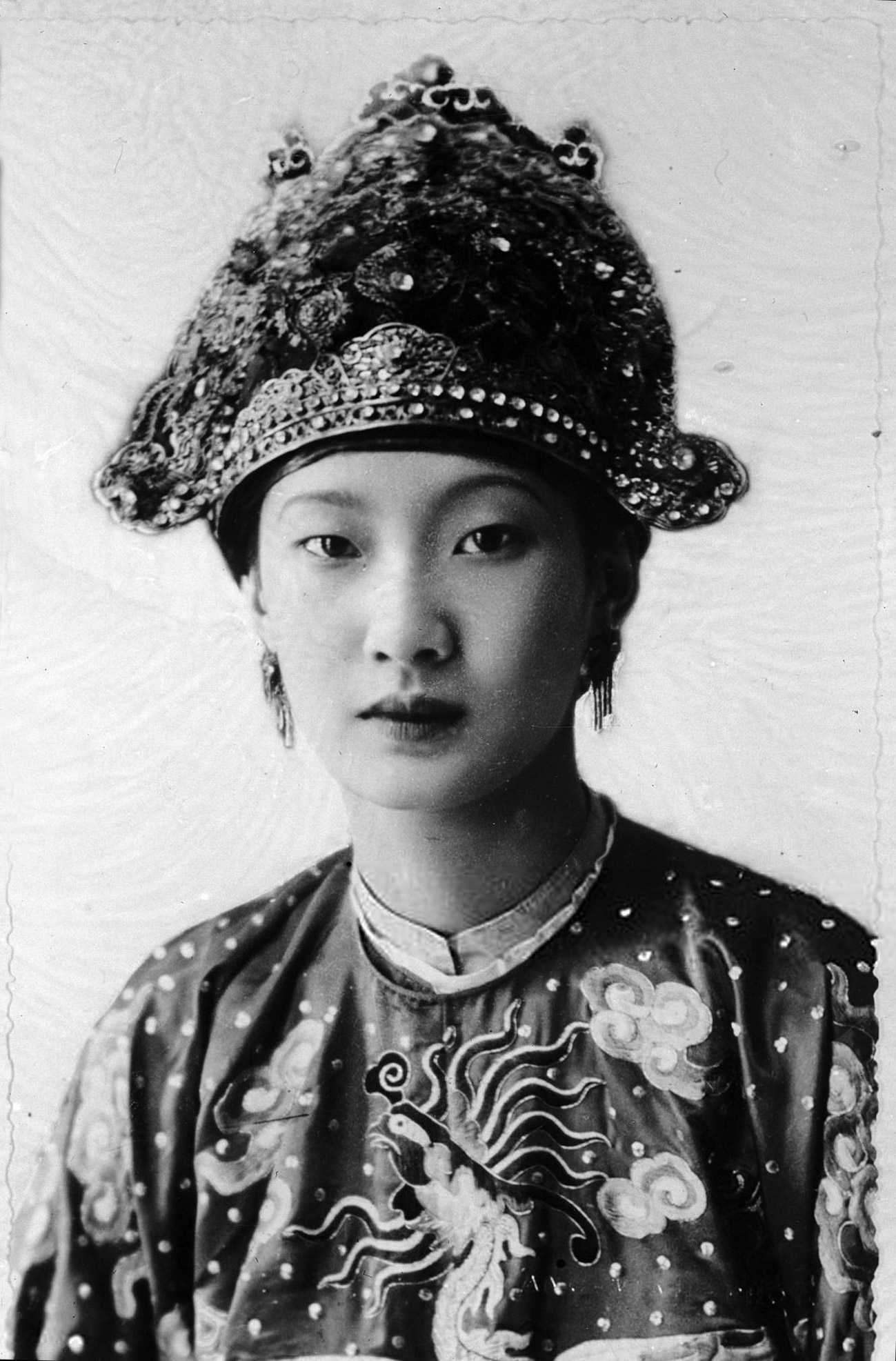 She’s beauty, she’s grace, she’s Queen of Vietnam’s last imperial monarchy: Nam Phuong Empress (1914-1963). Her ordained name translates to “Fragrance of the South,” a fitting title for a woman ahead of her time, whose virtues, charm and charisma still linger with us to this day.

The daughter of one of Vietnam’s wealthiest 20th century families, she was born Marie-Thérèse Nguyen Huu Thi Lan. Although a native of Tien Giang Province, the queen-to-be was a French national, having been sent to an exclusive Catholic boarding school in Neuilly-sur-Seine, just west of Paris, at the tender age of 12.

Her Catholicism and links to France made some Vietnamese traditionalists suspicious of her, but, as was the case most of her life, she generally won people over. After just the briefest of encounters with Bao Dai — Emperor of Vietnam (then King of Annam) – the monarch is said to have been enchanted, immediately falling head over heels for her, and soon asking for her hand in marriage. In the formal announcement of the wedding in 1934, the smitten Bao Dai said: “The future Queen, reared like us in France, combines in her person the graces of the West and the charms of the East. We who have had the occasion to meet her believe that she is worthy to be our companion and our equal.” It was a union that was to capture the attention of the entire world.

Like every monarchy that has ever reigned in Vietnam, the Nguyen Dynasty was steeped in the deep-rooted traditions and unchanging rules of the feudal system. And for the 140 long years that oversaw the comings-and-goings of 12 kings, the nation never entertained the idea of having a queen while its king was still alive and well; the highest title could be bestowed on such a woman was the somewhat double-edged title, “Primary Imperial Concubine.”

She demanded not to be just another woman in a harem, taken at the king’s pleasure, but to meet in his eyes as an equal.

Yet, when the whirlwind that was Nam Phuong came along, in response to Emperor Bao Dai’s proposal, Nam and her family requested for her to be ordained Empress on their wedding day. It was a glimpse of an independent streak, just one of many unprecedented qualities in the king’s wife that was to raise eyebrows and cause controversy in the imperial court. Nevertheless, the nuptials went ahead to much fanfare. Time magazine reported that at the time of her marriage a song was written in her honor:

In the firmament of the Son of Heaven a brilliant new star has risen!
Supple as the neck of the swan is the charm of her graceful form
Her black and sparkling eyes, in hours of ease, envelop and thrill that happy mortal allowed to see
O, Nguyễn Hữu-Hào! Beautiful are all thy ways

Everybody, it seems, was entranced.

Moreover, Nam Phuong was absolute on committing to her devoted religious faith and to raising her future (five) children the Catholic way, despite her marriage with a Buddhist King. This first (and last) Catholic Queen of Vietnam also made her stance on monogamous relationships clear: King Bao Dai had to abandon the concubine system that was the norm of the patrilineal era. She demanded not to be just another woman in a harem, taken at the king’s pleasure, but to meet in his eyes as an equal.

Laced with subtle irony, the short letter has been dubbed as the perfect, classy response to infidelity.

During her time, she made many contributions to society. She was credited for the opening of the Congrégation Notre-Dame school in her homeland in 1935, and had a significant influence on fashion, with women from Vietnam to Europe attempting to imitate her style. Highly educated and well-spoken, Nam Phuong often negotiated in diplomatic meetings with important figures, conversing in French of course, and cared greatly for the country of her birth. In 1949, during the French occupation of Vietnam, Nam Phuong sent a letter to her fellow friends in Asia, asking them earnestly to speak up against the heinous wartime actions of France:

“I fervently and urgently ask all those who have suffered from war to show your support through actions, and help to end the war that is continuing to destroy my nation…”

Dignity of a woman

Despite his promise to remain faithful, it turns out Emperor Bao Dai was a bit of a bad boy, and went on to have several adulterous relationships with other women. Most notable among them was his affair in the 1940s with Ly Le Ha, a famous dancer in Hanoi. Their evening trips in town were splattered all over the newspapers, the gossip capturing the public’s attention. We will never know exactly what went through the empress’s head when the news broke, but truth be told there are not too many responses that will register a woman particularly sane upon finding out about her spouse’s paramour. But Nam Phuong Empress had too much good grace to erupt in fury, and instead threw elegant shade at her husband’s other woman, in what is now a famed 66-word handwritten letter:

“Although I am thousands of miles away from the former emperor, I know you are wholeheartedly taking care of him in Hong Kong. I pray that history won’t abandon the emperor, so that we will meet again. The Queen Mother and I are eternally grateful for you. Nam Phuong!”

The message was not one of vengeance. Though the empress was surely still hurt by this fresh wound, she chose not to dwindle on bitterness but to take the higher road, even going so far as to expressing gratitude to adulteress Ly Le Ha. Laced with subtle irony, the short letter has been dubbed as the perfect, classy response to infidelity, and effectively catapulted the queen to becoming a symbol of dignity and refined repose for years to come.

Her legacy lives to this day, and in May this year tales of this revered woman came back into the limelight through singer Hoa Minzy’s stylized and stunning depiction of her in her latest music video: “Our love won’t last forever.”

The video has been praised for its efforts in making an important historical period more relatable to today’s Vietnamese youth, and the subdued, luscious voice of the singer brought out the inner life of a woman betrayed in love — all set against the alluring backdrop of Hue’s Imperial Palace. A particular lyric stood out among the rest, speaking for the woman unlucky in love, whose life ended in solitude:

No one can escape from the bitter truth in love: that this won’t last forever…

Nam Phuong died of a heart attack in a small rural village in France in 1963, aged just 49. Love, perhaps, cannot last forever, but the memory of Vietnam’s last empress surely will.

All photography courtesy of Manhhai