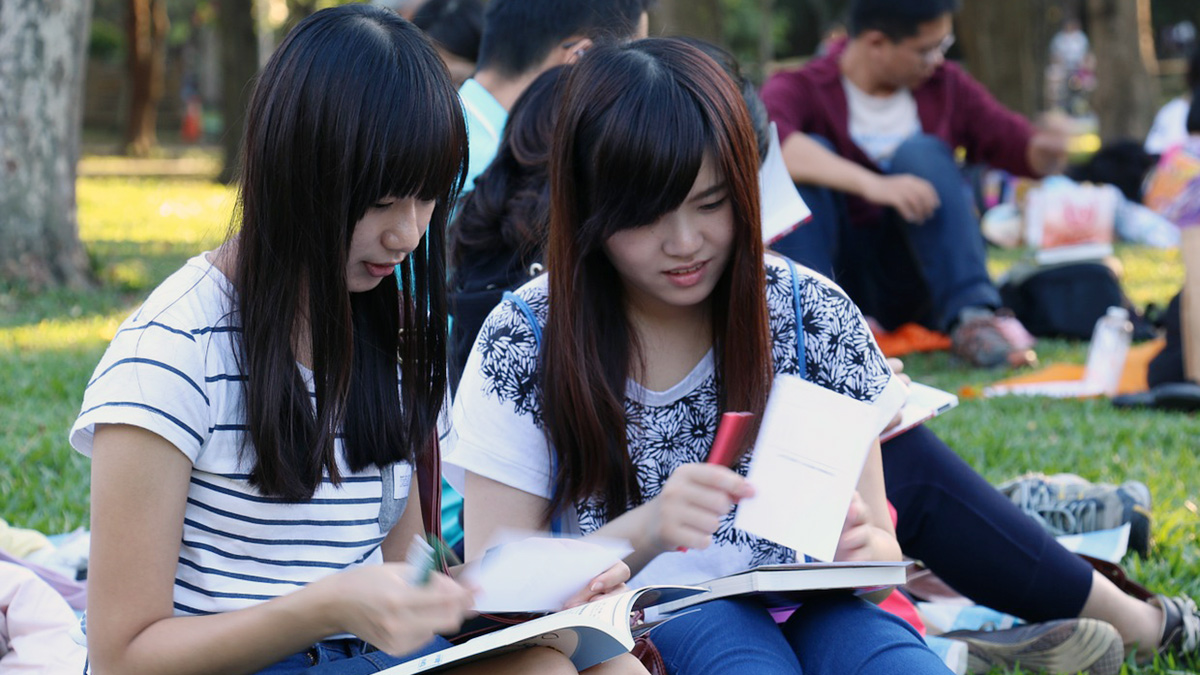 Every year as summer comes, you can see line after line of people anxiously praying and giving offerings to the Altar of Confucius inside Hanoi’s Temple of Literature, Vietnam’s oldest university. Having trained generations of valedictorians and doctorates, this place is regarded by students and parents alike as a sanctuary of knowledge, with an atmosphere and energy able to bestow luck in the most important exam in a Vietnamese person’s life, the National High School Graduation Examination (NHSGE).

Usually taken over two to three days (Aug. 9 and 10 this year), the NHSGE sees approximately one million students vie for a number of college spots across the country every year. In the past there were two distinct exams, one for high school graduation and one for university entrance, but recent changes have seen them combined, which is proving to be even more stressful, contrary the Ministry of Education and Training’s (MoET) aim to reduce the burden on students.

Sitting in intensively monitored classrooms, the exam sees Vietnamese students pour out everything they have learnt over 12 years in an array of subjects, including mathematics, Vietnamese literature, foreign languages, natural sciences and social sciences. The single two-digit score is then the sole factor determining admittance to their dream colleges, with no scope for the assessment of all-round development.

To understand the university entrance exam system, we must go back to the Ly Dynasty (1009-1225), which laid the foundation for education in Vietnam and also held the first civil service examinations to select administrators based on their understanding of Taoism, Buddhism and, especially, Confucianism. However, under French colonialism, this Confucian-oriented education was soon replaced by French system of 13 years in general schooling and then an entrance exam to universities. They also used a new written national language based on Roman lettering instead of Chinese characters in compulsory education, and added more subjects such as mathematics, history and philosophy. Although many reforms have taken place since then, many of these French influences remain intact within the NHSGE today.

For many in Vietnam, holding the right degree not only determines your future career or success but even your marriage prospects and social status. It is not rare to witness a family arranging a huge celebration and inviting everyone from the village when one of its sons or daughters gets into a university, especially if it is one with a strong reputation.

“Realistically speaking, earning a Bachelor’s degree will be the easiest way to gain more job opportunities,” Bui Dieu Linh, a chemistry teacher at Amsterdam High School for the Gifted in Hanoi, told Chào. “While some argue that vocational training is more useful, it is only for those who already have their goals and life paths in mind.”

“I was feeling really overwhelmed at first, and usually had to stay up to 3 or 4. a.m in for various school tests.”

For Vu Hoang Hai Anh, a senior from Yen Hoa High School in Cau Giay District, getting into a university means something different. “I just decided I want to pursue Linguistics or Communication. last month. This is not what my parents would expect, so I want to get into university to prove my ability to be responsible for my own choice,” she says.

Though the NHSGE can take place as early as late June (the impact of Covid-19 has seen it postponed until August this year), preparation for it goes on long, long before. Right from getting into high school, students are forced to make the choice between groups of classes, which focus on specific academic areas. Block A, say, may focus on mathematics the hard sciences such as chemistry, mathematics and physics, whereas Block B may focus more on the humanities. This is deemed as a way to reduce time spent on unnecessary subjects, and to allow students to concentrate on the future NHSGE. However, this early-streaming can often be a disaster not only due to a lack of guidance from teachers or parents, but also as a challenge for those that later have a change of heart

“Despite being in an A class, I am not really good at science subjects like biology and physics, so I do find I have more struggles compared to my classmates,” says Vu Hoang Hai Anh who unexpectedly decided to take social sciences for her NHSGE. “I was feeling really overwhelmed at first, and usually had to stay up to 3 or 4. a.m in for various school tests.”

Students in Vietnam are under significant pressure and are known for having to spend relatively large amounts of time both at school and self-studying. “I usually go to school at 6.40 am and spend about five hours there, and then about two to three hours for the extra classes depending on the day,” Vu Hoang Hai Anh says. The notion of extra classes might be surprising for some, but it is in an important part of Vietnam’s education system.

“One problem with classes at school is that we do not have enough time to dig deep into the materials. Moreover, since I am in a natural science class I feel like literature, my targeted subject, is not taught thoroughly enough,” says Vu Hoang Hai Anh. “So I take more classes outside from a really popular literature teacher. It is really crowded, hosting from 200 to 400 people per class. But it makes up for what I lack in school for the NHSGE, and she is really inspirational as well,”

Thao Do, a student from Quang Trung High School in Hanoi’s Dong Da District, is under similar strain: “During the week I usually have classes at school from 7 a.m. to 11 a.m., two extra classes in the afternoon and another three in the evening.”

On being asked whether the pressure and workload is too much Thao Do seems unperturbed. “I probably find them less dense compared to others,” she shrugs. “And I still manage to spend time for myself and family.”

A 2019 survey by the health ministry reveals that stress is causing mental illnesses among 15% of Vietnam’s 95 million people, especially among the young. Academic pressure is one of the main contributory factors, coming from not only from friends and family but wider society. In April 2018, a 17-year old male student from Ho Chi Minh City committed suicide by jumping off a building in his own high school, due to “pressure from studying and high expectation from family.”

“People only ask about your score and evaluate you based on the popularity of your major and your university,” Thao Do says. “It used to stress me out whenever I heard their questions, as I thought that with my level of academic ability I could not reach their expectation levels.”

With NHSGE’s bleak, somewhat one-dimensional approach to education and learning, many Vietnamese students are increasingly opting for private universities or studying abroad, where scores in the exam are not the only thing considered for entrance.

“I had just finished the whole U.S. college application process but then the Covid-19 hit us. My parents decided that I had better stay home for domestic university at the last moment.”

“To me, the NHSGE can hardly evaluate whether a student is suitable for the major and the school itself. It also creates too much pressure as it only focuses on the score of a few selected subjects, whereas application to an international institution requires a thorough application reflecting our development process,” says Tran Minh Anh, a student at RMIT University in Hanoi.

Facing fierce competition from inside and abroad, many top colleges in Vietnam are slowly adjusting their entrance policies and broadening their view on what constitutes a qualified candidate. A special admission quota is now set for those earning official national or international prizes, as well as for those attaining standardized certificates like IELTS or SATs.

“I had just finished the whole U.S. college application process but then the Covid-19 hit us. My parents decided that I had better stay home for domestic university at the last moment, which was really confusing because I had built my whole high school experience for U.S. applications and not done anything to prepare for the NHSGE before,” says Phan To Xuan, another student from Amsterdam High School for the Gifted. “If it were not for this policy of accepting IELTS scores for university admission, I would be completely at a loss now.”

Bui Dieu Linh believes there will be changes to the university entrance system but it will be gradual and change over time “Many institutions are asking for a permit from the MoET to create and hold their own entrance examination. They also want to build their own brand and have full control over the quality of incoming class or graduation rate to attract more well-rounded students,” she says. “But it is rather too soon to say, and we will have to see.”

For now at least, Vietnam’s college-entrance exam remains much the same, inflexible, rigid and intense. This week will see almost a million students throughout the country in a state-of high-anxiety, studying hard and worrying about what it means for their future: we can only wish them the very best.

On the hunt with Vietnam’s sugar babies