The names behind the Hanoi streets: To Ngoc Van 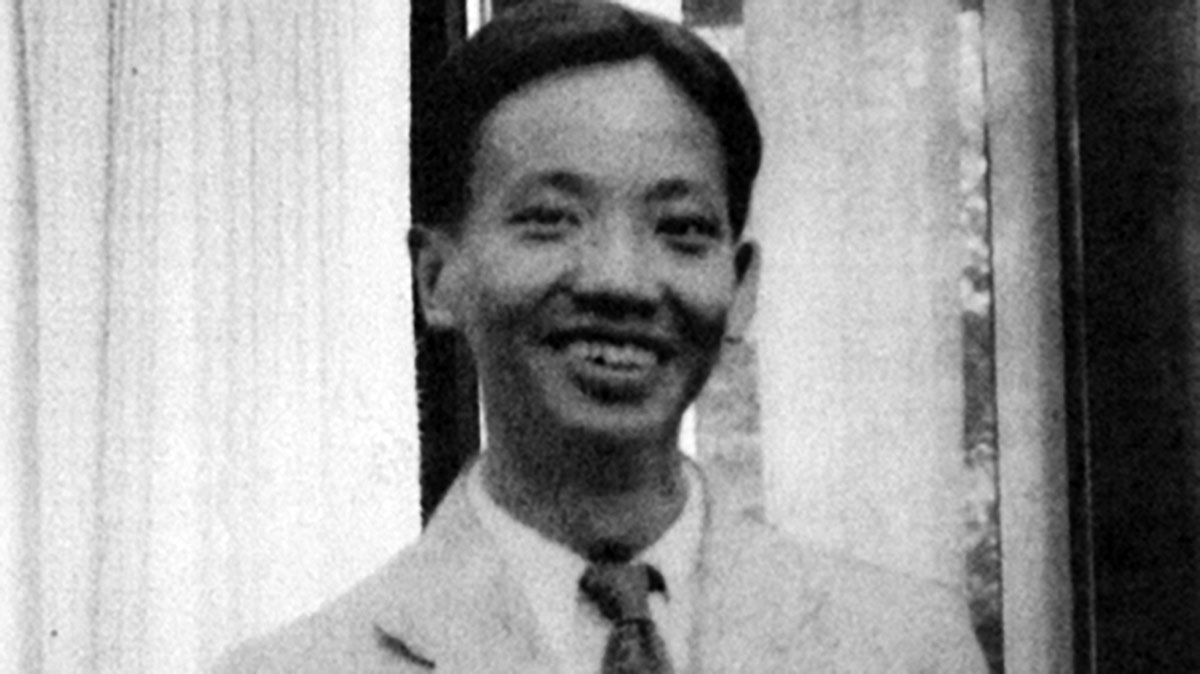 In Hanoi the streets do have names and fascinating ones at that. But where do they come from? It so happens that the city’s wonderful sounding streets are often named after persons of considerable note, be it poets, singers, diplomats, generals, warlords or even goddesses.

Over the coming weeks Chào will be taking a dive into the ‘people behind the streets’ and what they did to make their mark in Vietnam, so you can know how and why the place that you walk along every day is a place of great historical provenance.

The second part of our series focuses on To Ngoc Van in Tay Ho, that most foreign of districts. So next time you scoot, cycle or walk up and around the area you can be a little more aware of the significance of the local street names. Behind them are fantastical myths and legends and much-acclaimed Vietnamese writers, musicians and artists.

This road — recently looking like a war zone following an air raid, but hopefully restored to its former glory soon — is another classic street of restaurants, bars and clubs in downtown Tay Ho. This groovy lane is named after one of Vietnam’s most famous artists – To Ngoc Van (1906 -1954).  Several of Van’s paintings are on display in the Vietnam National Museum of Fine Arts, Hanoi, and even has a crater named after himself on the planet Mercury.

Van was a born and bred Hanoian, (Xuan Cau village, Van Giang) from a family of Confucian scholars and urban bourgeoisie, who derived their livelihood from small trade. However, from the age of six onwards he had to live with his grandmother and aunt due to his parent’s poverty. It is said that he was poorly treated and only allowed to see his parents a few times in a year.

He arose from the extreme poverty of the era to attend the Indochinese Fine Arts College when it was first established in Hanoi, 1925. A decade later and he was assigned a teaching post in Phnom Penh (Cambodia), in his free time he painted much of the landscape, pagodas and people. By 1939 he had returned to his former college to teach and also produce fine oil paintings. His most productive years prior to the August Revolution (1945) saw many of his great works in exhibitions.

Following the success of the revolt, To Ngoc Van was assigned to restore the Fine Arts College; alas the premises had been heavily damaged by the former incumbents: The French, The Japanese and the Chinese Nationalist troops.

“War can be waged through painting”

In 1946 he made a portrait of Ho Chi Minh and was appointed Director of the new Vietnam Fine Arts College.

No sooner had the building of the art college been restored and the War of Resistance against the French broke out. To Ngoc Van had to leave Hanoi and headed for the liberated areas. During this time he was renowned for being the artist that inspired the resistance, from time spent in the Central Highlands and Viet Bac (Northern Vietnam).

The Vietnamese artworld was outraged, with many saying it impossible that the poor-quality copy could be by To Ngoc Van, and that while he may have been inspired by other artists, he would never have signed such a painting.

“War can be waged through painting,” is said to be a favorite and inspiring quote of Van’s, from a Pablo Picasso’s speech during his address to Vietnamese artists.

To Ngoc Van was also an art critic and wrote for the national press, working with the Vietnamese newspapers Phong Hóa và Ngày Nay and Thanh Ngh. In his article ‘Propaganda Posters and Painting’ (1947), he wrote: “I am now thinking of paintings which depict the images and colors of the resistance which echo in the mind of the artist the form of a militiaman is different from that of an ordinary man because of the rifle he wears, his earth-colored complexion and his sudden appearance and disappearance under the interwoven leaves of the jungle, full of birds’ twittering. And the mixture of this image with the mountains and forests brings about so much passion”

By 1950 and Van was participating in border campaigns in Bien Gioi and the liberation of Lao Cai. In a boost to production and the economy, he produced further portraits of Ho Chi Minh (1952). In the following year, he participated in a re-educational pilgrimage to the countryside (Ninh Danh Village, Phu Tho) where he lived amongst the villagers and made sketches of village life, in particular depicting their struggle against the landlords.

In 2017 a book was published by Dao Mai Trang: “The Artists from the Class of the Resistance War 1950-54” (Hoa Si Khoa Khang Chien). It contains hundreds of pieces of art by the 22 students and their teacher, To Ngoc Van.

The author visited many of the painter’s families and was lucky to experience and see handwritten letters, sketches and diaries, much of which was used for the content of her book. A total of 255 paintings were collated, many never having been seen before and depicted a glimpse of the lives of artists during the resistance war.

These are the artists who built the foundation for the development of Vietnamese fine arts and are responsible for its introduction to the general public. And of course, they utilised their medium to serve the national resistance and produced the iconic ‘propaganda art’ that is so often associated with Vietnam

“Their sketches about the war can be considered lively, authentic diaries in pictures,” states the author, “The class of ’54 also inspired the next generation of artists.”

One of the artist’s works caused a scandal in 2017. The painting “Le Songe du Lendemain” (Dream of the Following Day) sold for 45,000 U.S. dollars at Christies auction house in Hong Kong. Yet a few days later was accused of being a forgery of “The Young Beggar” by Spanish painter Bartolome Esteban Murillo.

The Vietnamese artworld was outraged with many saying it impossible that the poor-quality copy could be by To Ngoc Van, and that while he may have been inspired by other artists, he would never have signed such a painting.

“It’s certainly a fake. The painting looks coarse and clumsy; there’s no way it could be To Ngoc Van’s work,” said Luong Xuan Doan, then the vice president of the Vietnam Fine Arts Association.

In April 1954 some accounts say To Ngoc Van wanted to be directly involved in the fighting on the frontline, others state he was ordered to make sketches of military activities in what was to become the defining end of the French occupation – the Battle of Dien Bien Phu.

On June 17 of that year, 14 kilometres away from the main battle site, he was tragically killed in an air raid in Ba Khe, beyond the Lung Lo pass, whilst on a live sketch assignment.

In 1996, he was posthumously awarded, and was one of the first to receive, the Vietnamese National Award for Art and Literature – the Ho Chi Minh Prize.

So next time you are taking a stroll down this small, some even might say non-descript little lane, take a pause for thought and a second to remember it is named after one of the most influential Vietnamese artists of the 20th century.

The names behind the Hanoi streets: Xuan Dieu