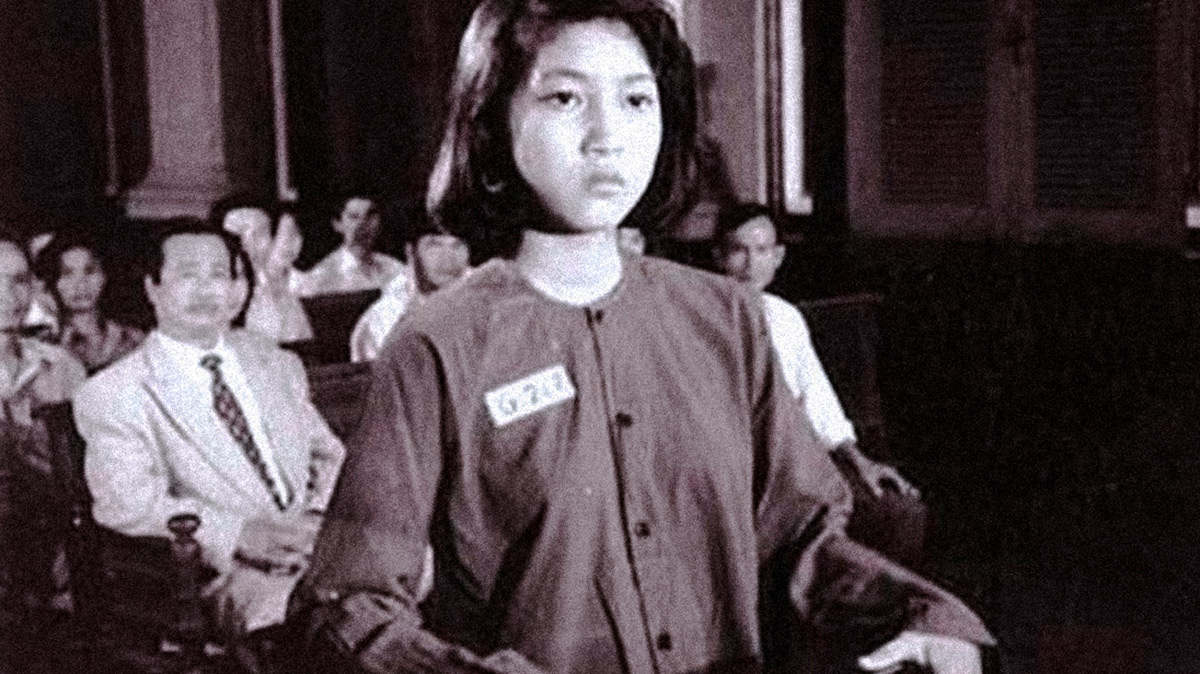 Vo Thi Sau was no ordinary schoolgirl. She was just 14 when she tossed a grenade at a group of French soldiers, killing one and injuring 12 before escaping into a crowded market. A few years later, in 1952 aged just 19, she was executed by a French firing squad.

Minutes before her death, a priest asked if she wanted to confess, and she simply replied: “I only regret not finishing destroying all the colonists and people who betrayed this nation.” She then demanded her captors take off her blindfold: “No need to cover my eyes, I want to look at this beloved country for the last time and I have the courage to look directly at your muzzle.” She refused to kneel and calmly sang “Tien Quan Ca,” the then national anthem of North Vietnam, before she was shot dead. Her last words were reportedly “Down with the French Colonialists, long-lasting independence Vietnam, long-live President Ho.”  Bold and fearless, Sau has been seen as a heroine and martyr, beloved by her country ever since.

Growing up in poverty, the daughter of a coachman and a noodle-seller, Sau had to help her parents to earn a living, and blamed the French colonialists for their struggles, particularly after 1946 when they stormed her home town of Dat Do (Red Land) in what is now Ba Ria-Vung Tau Province in the south of Vietnam. Facing the loss of their homeland, people in Dat Do were encouraged to participate in the fight against French colonialism, and Sau joined the resistance.

By 1947, 14-year-old Sau was accepted to be a member of Dat Do squadron volunteer team to assist the Viet Minh (Vietnamese communist guerilla fighters), and worked as a delivery officer to effectively spy on the enemy and bring news back to the Viet Minh. She quickly became known for keeping a low profile, at times almost seeming invisible.

One of her stand-out achievements was her role in disturbing the French National Day Celebration in July 1948. Though knowing it was a hard and dangerous task, Sau insisted on carrying out a mission. The night before the meeting, she hid a grenade in the corner of a market by a nearby stage. In the morning, when everyone was waiting for the entrance of the provincial head, she threw the grenade at the stage, killing one, injuring 12, causing the meeting to disband and consolidating Viet Minh power in the area.

She also carried out several assassination attempts against the notorious Cai Tong who worked for the French Authorities as the head guard of Dat Do district. Once, she even threw a grenade directly at his face, and the explosion severely injured him though still survived. The event was said to put French occupiers on the back foot, leaving them terrified of the Viet Minh.

Since they could not publicly execute her, when she was 19 years old they smuggled her and other revolutionary prisoners to Con Dao prison on Con Son island where it is said that her intensity and wide eyes put fear into French soldiers.

Perhaps unsurprisingly, it was yet another grenade incident that led to Sau finally being apprehended. In 1949, as people were rushing about the streets of Dat Do while preparing for Tet (Lunar New Year), Sau walked barefoot among the crowds carrying a basket of what looked like vegetables. But hidden inside were two grenades that she would use in her last fight. Her plan was to murder Ca Day and Ca Suot, two Vietnamese who had devoted themselves to the French Authorities, killed many innocents and even executing Viet Minh soldiers. Sau threw the first grenade, injuring both men, but when she threw the second it failed to detonate and she was subsequently arrested before being tortured in Ba Ria prison for the next three months.

During those three months in Ba Ria Prison, French colonists used barbarous torture methods in an attempt to get Sau to confess and give evidence about her superiors, but she refused, not giving a single word. Next they moved her to Kham Chi Hoa prison in Saigon, where she is said to have lifted the other imprisoned soldiers and acted as a rallying point for the Viet Minh in prison. Sau also took part in much resistance against the French authorities in prison, such as demanding to improve people’s lives in jail and never cowering to her jailors who were said to fear her.

The French occupiers feared the indomitable spirit of this hard-as-nails schoolgirl, as we as her ability to inspire the Viet Minh. So they soon put her to trial and sentenced her to death, despite the fact she had not yet turned 18. Receiving a huge wave of disapproval and protest in society, both from the Vietnamese and the French, as she was a minor and female, they were forced to give her a stay-of-execution. Sau was accordingly held in Kham Chi Hoa until January 1952.

Since they could not publicly execute her, when she was 19 years old they smuggled her and a number of other revolutionary prisoners to Con Dao prison on Con Son island where it is said that her intensity and wide eyes put fear into French soldiers. She was executed on the island in secret on Jan. 23, 1952.

The night before her death, Sau was admitted to be a member of Communist Party of Vietnam, due to her incredible bravery and tenacity. She has been venerated by the whole nation and ever since and been made a “National Martyr.” It is said that during the Battle of Dien Bien Phu, which effectively saw the end of French presence in Vietnam, Viet Minh soldiers would scream her name as a rallying cry amid the gun fire.

In 1994, they even made a film about her, “Nguoi con gai dat do” (The girl of Dat Do), starring the famous singer Thanh Thuy.

Vo Thi Sau has long since been recognized as a symbol of Vietnam’s youthful, fighting spirit, and bravery, particularly in the face of those who dare to conquer the nation, and her grave on Con Son island is a place of pilgrimage for many people to this day, who come to pay their respects and honor this fierce and determined schoolgirl guerilla.

Soc and Vong: Vietnam’s special time of the month

The names behind the Hanoi streets: To Ngoc Van