Vietnam's Dong Ho paintings may be slowly fading away 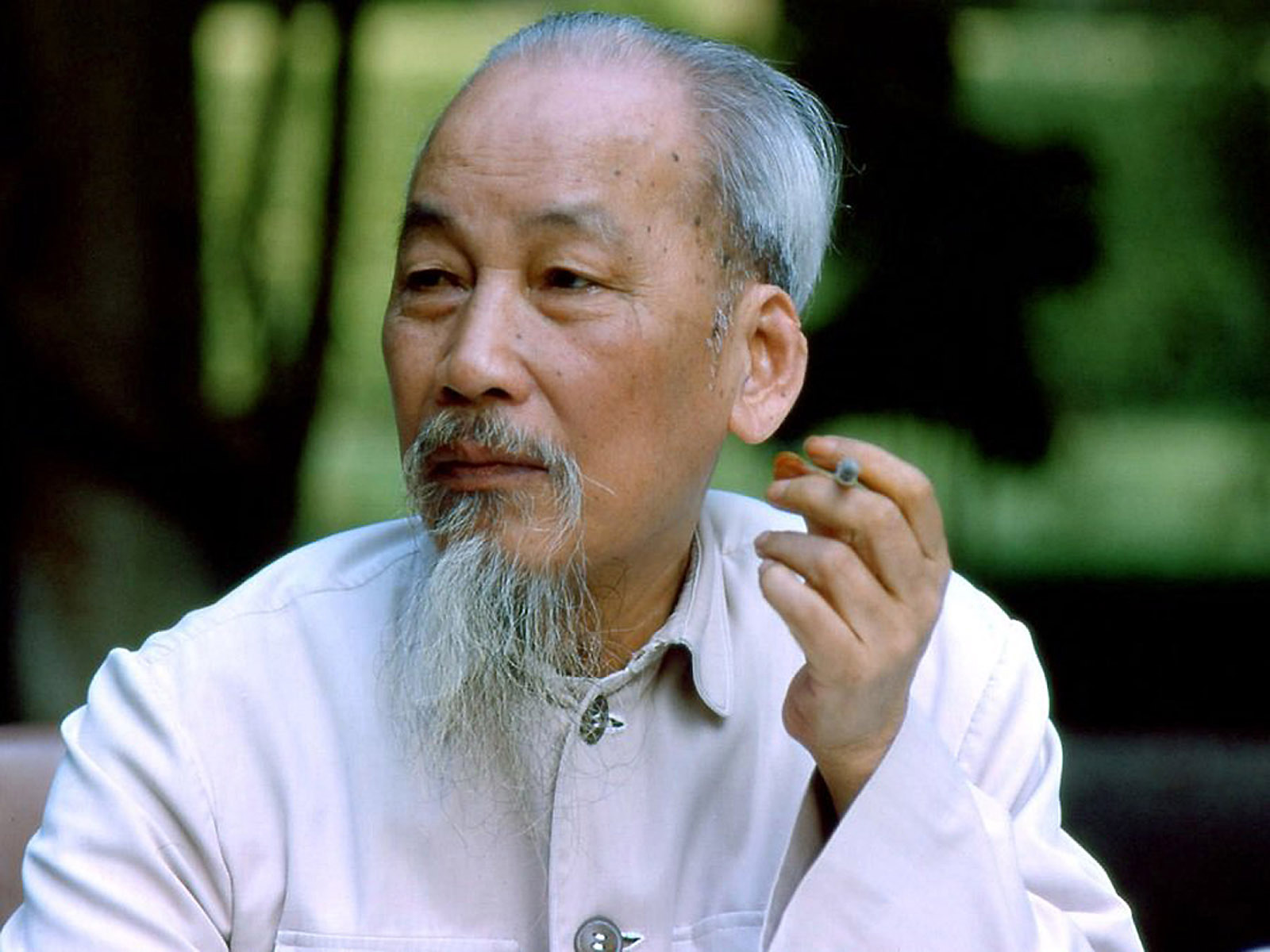 It was seven years ago today that the small British seaside town of Newhaven on England’s south coast unveiled a monument to their most famous ever resident: Vietnamese revolutionary Ho Chi Minh.

Yes, yes, it is the great man’s birthday today, and Uncle Ho would be 130-years-old today if he were still alive. But did you know the iconic leader once worked as the pastry chef on the ferry between Newhaven and Dieppe, a port town in Normandy, France? No, we didn’t either.

Ho Chi Minh (1890-1969) was actually called Nguyen Sinh Cung at birth. But when he was just 10-years old, in what would be the first of many name changes, his father decided to give him a new name as per Confucian tradition. He called him Nguyen Tat Thanh, meaning “Nguyen the Accomplished,” though even his father could not have possibly dreamed of all the things his son would eventually go on to accomplish (becoming a sailor, learning half a dozen languages, defeating the French, being President of Vietnam, making pastry). You know, the usual things a parent expects.

Time magazine included Ho Chi Minh as one of their “100 People of the Century,” and he undoubtedly achieved more than what most people could hope to achieve in several life times. It doesn’t matter if they are five or 105, ask pretty much anyone in Vietnam about Ho and they will tell you just what a genius he was. Ho is the undisputed Father of the Nation. Well, Uncle of the Nation actually, but let’s not split hairs.

One big fan of Uncle Ho is Hai Nam Hoang, a seven-year-old student in Hanoi who, after some initial nerves, gave Chào his full opinion on the wise leader (full disclosure: Hoang has recently participated in a Ho Chi Minh-themed drawing contest at school so might be biased).

“I have learnt a lot about Uncle Ho in my class. I am really happy to know him,” the schoolboy said. “To me, he was always kind to children and even directly grew trees with them. He teaches us to always study well and listen to parents and grandparent, to grow up and help families and our society.”

“I am still haunted by the memory of hearing of his death at the age of 16. It was raining that day, and I was so shaken, and so sad.”

It is difficult to overstate the influence of Ho Chi Minh in Vietnam. One of Hanoi’s main tourist attractions is the mausoleum that houses his embalmed body, his picture is on the nation’s money, the country’s biggest city is named after him, and he did more than anyone to reunify the country after a lengthy French occupation and a bitter war that saw the American’s retreat, battered, bloodied and humiliated. Anyone in the country who is old enough can tell you the exact moment they learned of Ho’s death in the early autumn of 1969.

“I am absolutely proud of him, because there is one and only Uncle Ho in this world. He is the most trustworthy, loving and most genuine person. He is just simply so well-rounded and the role model for everyone” says Thi Nham Nguyen, a 67-year-old retired statistician. “I am still haunted by the memory of hearing of his death at the age of 16. It was raining that day, and I was so shaken, and so sad. I paid him a visit the next week, and can still re-imagine the scene at Ba Dinh square that day.”

Ho’s biography after returning to Vietnam from lengthy travels abroad in the early forties is well- known to many. In fact, it is around this time that he first began to use the name Ho Chi Minh (meaning ‘bringer of light’). On arrival in his homeland, he formed and spearheaded the Viet Minh independence movement in 1941, became chairman of the provisional government in 1945, and defeated the French by 1954. Sadly, he was not alive to fulfill his dream of seeing Vietnam being unified, with the fall of Saigon in 1975, dying six years earlier, aged 79.

On his travels, where it is believed he used up to 200 aliases, he is reported to have worked as housekeeper, baker, dishwasher, photo re-toucher, sailor, line manager for General Motors (in the United States) lecturer, journalist, poet and political agitator.

What is less known, and not nearly as thoroughly documented, are the remarkable years Ho spent between leaving Vietnam in 1911 and returning 30 years later. In these decades, Ho’s life seemed to be some kind of bizarre mutation of those led by Che Guevera, James Bond and Gandhi, with perhaps a twist of Ernest Hemingway thrown in–with all the contradictions and confusion this entails—his swashbuckling adventures at odds with his wiry 5-foot frame.

Many of his exploits during these wandering years seem to defy belief; indeed, some of it them be found in official biographies and some cannot. His precise itinerary is impossible to pin down with complete accuracy. But many of his experiences seem to chimes with the creation of the kind of man who could return to his save his country and free it from imperialist occupation and American invasion, which is exactly what he did.

On his travels, where it is believed he used up to 200 aliases, he worked as housekeeper, baker, dishwasher, photo re-toucher, sailor, line manager for General Motors (in the United States) lecturer, journalist, poet and political agitator. Aside from the gig as pastry chef on the Newhaven ferry, he helped set up the French Communist Party in Paris in 1920, worked for the Comintern in Moscow, gave lectures on communism in Canton, southern China (it is here he is alleged to have married a Chinese woman, a claim strenuously denied by the Vietnamese authorities), recuperated from tuberculosis in Crimea, worked as an advisor to Chinese communist forces, posed as a monk in Thailand, and was arrested in Hong Kong.

He also spent time in Africa, South America, Belgium, Germany, Switzerland and India. And, naturally, he was a dab hand with languages too, learning to speak, read and write French, English, Russian, Cantonese, Mandarin and his native-tongue Vietnamese. Oh, and just for good measure he knew Esperanto too.

In some senses, it is not a surprise he returned to Vietnam and became a national-hero beloved by all. Speak to Vietnamese people about him today, and they will quiver with genuine emotion at the mention of his name.

“There is no word that could fully convey the greatness in his personality and the work he did for Vietnam. I have learnt so much simply through Uncle’s stories of how to manage work, as well as how to treat the people around me,” Hoang Hiep To, a 24-year-old officer worker, told Chào. “His poem ‘Da ban’ (Middle of the Night) has stuck inside my head from the very first moment I heard it when I was a kid, and it still inspires me today.”

Ho Chi Minh’s legacy is felt the world over, and there are statues of him, as well as roads and squares named after him, all over the world, not to mention songs written about him in many languages, one of the most famous being the catchy folk song “The Ballad Ho Chi Minh” written by Scottish song-writer Ewan McColl in 1954. International man of mystery, freedom-fighter, scholar, sage, wise-bearded man: Happy Birthday, Uncle Ho! We salute you.

Additional reporting by Ha Doan.
All Images are the courtesy of Manhhai.