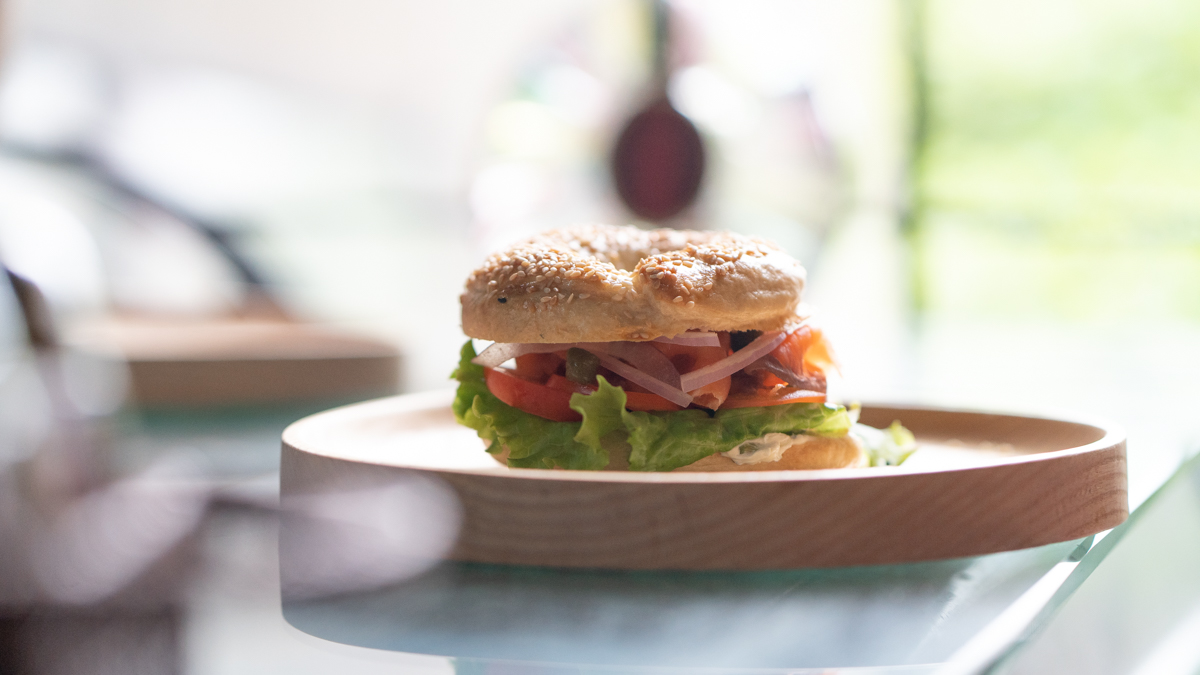 For all the Vietnamese capital’s many charms, it stands to reason that when it comes to getting a good bagel, Hanoi is no New York, and Tay Ho is certainly no Manhattan.

The city has long had a few passable options for bagels, no doubt, but the choice has always been a little on the limited side. But now two young bagel bros (yes, literally brothers) are intent on bringing a wide range of these baked beauties to the city and are doing a rather grand job of it.

Brothers Alex and Jessie Bell recently launched In & Out Bagels from essentially what was no more than Alex’s apartment. As with many an origin story, the older Bell brother, Alex started out the business in classic fashion, just making a few bagels for himself and his buddies.

“The business came together because I just wanted to eat bagels again. I shared my bagels with their friends and they told their friends. And soon I had enough requests to upgrade my oven, and turned my place into a bakery,” Alex says. “Then my costumers wanted sandwiches so we partnered up with Hidden Gem Coffee to sell ours. Now people are trying to order from further away in Vietnam and soon we will be shipping countrywide.”

The German-American brothers are well placed to launch their fledgling food joint, and not just because the Germans are master bakers and the Yanks love their bagels. Despite initially owning several homestays in Hanoi, which were sold off due to the Covid-19 crisis, Jessie is actually a chef by trade having spent three years at culinary school in Germany, so is strongly positioned to run the day-to-day operations at this café in the heart of the city’s Old Quarter, hidden down an alley just next-door to storied Northern Vietnamese restaurant, Highway4.

These bad-boys would make any Jewish grandma cry tears of joy (saying that, we hear their bacon version is pretty solid too).

Alex is arguably even better suited for the gig, having been a genuine baker’s apprentice working for the best part of a year at a joint called Bagel King, in Orlando, Florida, where his favorite order was a “four-egg chili cheese omelet with a bagel and cream cheese on the side,” which we can only pray In & Out Bagels creates a version of as soon as is humanly possible.

Despite this job giving Alex all the skills needed to get his current business up and running, he is quick to make a nod to its humble beginnings.

“It was my first long term job. I didn’t have a lot of money at the time and was still living with my father. It wasn’t my first choice to work at a bagel shop. I went down all the streets that were in driving distance with my bike and applied everywhere,” he says. “When I walked into Bagel King, they asked if I could work right away. I said yes, and started working the same day. I worked about eight months on minimum wage but they fed me though morning till afternoon so I didn’t mind.”

In & Out Bagels hit just the right note, with that very slight crispiness on the outside and beautiful chewiness on the inside that a pitch-perfect bagel needs. These bad-boys would make any Jewish grandma cry tears of joy (saying that, we hear their bacon version is pretty solid too). There’s an impressive range of flavors too, with the small space offering everything from regular bagels right through to onion, garlic and sesame-styles to name just a few.

On site all the bagels are served hot and fresh, with a superb range of toppings, Chào went for a divine dill and lime cream-cheese (yes is tastes as good as it sounds, the cool cream cheese gently melting into the hot bagel), as well as an excellent gravlax, which was our top pick—the fresh tasting salmon given added saltiness with superb capers, and an added crunch from some crisp onion, and sliced tomato—a triumph.

They also give leftover bagels to local organizations to make good use of them, including a group that helps Hanoi’s homeless, as well as Blue Dragon, an NGO which helps Vietnamese street-children and trafficked women.

Other toppings include tuna salad, bacon, egg, and mixed vegetables. They will soon be launching a regular Bagel of the Month, the first of which was on show at Hanoi’s recent Slider Festival, as run by the Melting Pot food group; topped with pastrami, mustard and pickles, Chào cannot pretend to be mildly disappointed that it has not been yet added as a menu regular. Our fingers shall ever remain crossed

The highlight of In & Out Bagels has to be their freshness. Where store bought bagels are often left for up to a week on the shelves, In & Out only sell bagels made that very morning. The policy has a double sided-benefit in that while it ensures excellent freshness and good taste, they are also able to give leftover bagels to local organizations to make good use of them, including a group that helps Hanoi’s Homeless, as well as Blue Dragon, an NGO which helps Vietnamese street-children and trafficked women.

“At the beginning, I was throwing a few out in the evening and I just felt bad about it, honestly,” Jessie says. “Even now we only have people come and pick up for organizations on two days, so if there is anybody out there who thinks they could make use of them, please do get in touch. We are more than happy to have them delivered if needs be.”

For a spot-on New York Style bagel as fresh as they come, In & Out are bang on the money. Recommended.