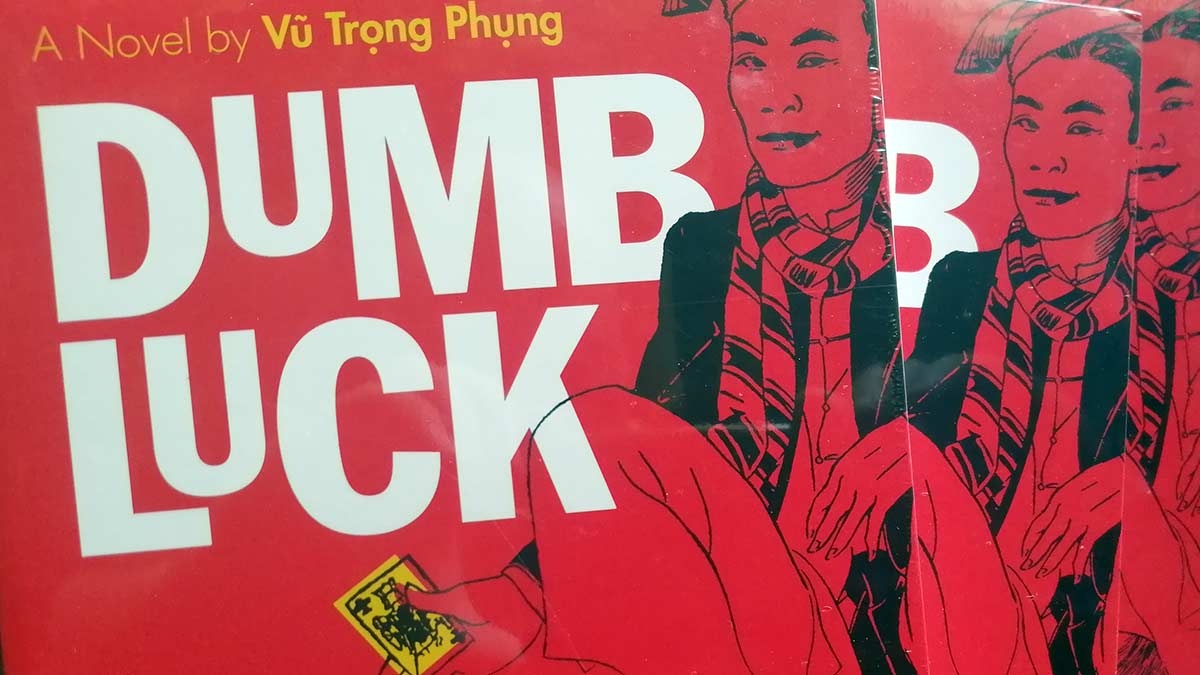 The protagonist of Vu Trong Phung’s 1936 novel Dumb Luck (So Do), Red-Haired Xuan, soars high in the pantheon of fictional fake-it-till-you-make-it characters. There are echoes of Damon Runyon’s rogues, hints of some of Charlie Chaplin’s characters, and more than a touch of Thomas Ripley, albeit a decidedly less lethal version.

Red-Haired Xuan’s seemingly inexorable superpower is to fail, sometimes inexplicably, upward. He provides the sinew which (loosely) connects a series of satirical vignettes, catty caricatures and smart social commentary. The result is a piercing insight into 1930s Hanoi, and one of the best, and probably funniest, books about the Vietnamese capital in the early 20th century.

Like some of his Western analogs in the works of Mark Twain, Moliere and Balzac, Red Haired Xuan is an archetype for a society in flux where old rules no longer seem to apply, but the new ones are far from certain.

The last years of French colonial rule and the early years of nascent Vietnamese nationalist and reformist movements along with the rise of global consumer culture created a new elite whose tastes reflected their liminal status between East/West, old/new, consumer and consumed.

Vu Trong Phung also pokes fun at Hanoi elite who could not resist dropping bits of random French into their Vietnamese conversations.

Vu Trong Phung was one of the most scathing satirists of his day, though unfortunately died aged just 27 from a heady mix of too much opium and Tuberculosis. Nevertheless, he left a body of work which translator Peter Zinoman has said is “the single most remarkable individual achievement in modern Vietnamese literature.”

In Dumb Luck, one of the most discussed and celebrated Vietnamese novels of the last century, Vu takes particular pleasure in mocking this new elite’s obsession with modernization and the too-often explicit conflation of modernization with Westernization, for example the tendency of the elite to obsess over playing tennis, the latest fashions or to shamelessly drop the latest modern phrases into conversation.

Streetwise but not educated, Red Hair Xuan has even less of an understanding of the buzzwords of the new age. Nevertheless, his past experience at a variety of odd jobs (selling roasted peanuts, working in a theater, making loudspeaker announcements for venereal disease treatments) leave our red-headed street urchin with the secret of good public speaking: a confident voice and a casual relationship with the truth.

Called upon to give an impromptu speech among his new, and more refined, friends, he is able to fit the lyrics of social reform into the rhythms of commercialism and the marketplace.

“I have played a role in the movement for social reform…Still, I must work very hard and understand exactly what I am doing…We are still not Europeanized enough! A roadblock on the road to revolution. Sports…Race…What is family happiness if not the happiness of husbands and their wives? We must all make an effort to exercise…We do not only reform the outside like those old fashioned moralists in the past…During this deeply reformist era, everything conservative will be eliminated!…We are honored to serve you…Lip Lip Lo…Hua rra!”

The result is, of course, social reform word salad, but the crowd eats it up right down to the awkward attempt at a Hip! Hip! Hurrah!

Vu Trong Phung also pokes fun at Hanoi elite who could not resist dropping bits of random French into their Vietnamese conversations. Vu uses Tieng Viet (kept intact with footnotes by translators Nguyen Nguyet Cam and Peter Zinoman) to render the (mis)pronunciation of French words and phrases phonetically. Characters sprinkle terms like Moa (moi/me) and Tua (toi/you) into their conversation in an attempt to sound fashionable.

The designer opened his eyes wide and stuck his finger in Xuan’s face. “Of course not! That’s too much to expect from the likes of you. Only French tay o (tailor) like me can be trusted to carry out such a sacred duty!

For residents of the Vietnamese capital, one of the pleasures of reading Dumb Luck is being able to recognize so many so many scenes and locations in the book.

Like his Chinese contemporary Lu Xun, Vu is an equal-opportunity satirist. His mockery of the new reformist elite – often in not-so-thinly-veiled-caricature of people he knew or knew of — is interspersed with equally savage ridicule of their conservative counterparts. Moreover, Vu’s sympathetic descriptions of the downtrodden residents of the poorer districts, his trenchant jibes at traditional morality and those who claimed to uphold it, as well as a general irreverent bawdiness, suggest that Vu differed from those embracing modernization more in terms of their style than in their substance.

He cannot, however, resist pointing out the hypocrisy of even the most ardent modernizers. At one point, a reformist journalist is forced to explain his perspectives on feminism, which he advocates in his newspaper, just not in his private life:

“When we speak about women, we mean the wives and sisters of other people, not our own wives, and sisters. My family follows the old traditions. Our women cannot be allowed to wear modern clothes or go dancing one day and to some festivities the next. At home, they must never be allowed to employ theories of liberation and equal rights to challenge the authority of their mothers-in-law.”

For residents of the Vietnamese capital, one of the pleasures of reading Dumb Luck is being able to recognize so many so many scenes and locations in the book. There are mentions of the West Lake and much of the book is set in Hanoi’s Old Quarter on streets people living in around the city visit every day. The references to sugarcane sellers, peanut traders and those that trade in STD medicines, show while the city has changed a lot over the past century perhaps, in some ways, it has not so much.

Dumb Luck has had a rocky history since Vu’s death in 1939. The novel’s reputation — and that of its author — often buffeted by different political winds blowing across Hanoi in the 20th century. But the book remains a wicked (and wickedly funny) slice of life in old Hanoi.